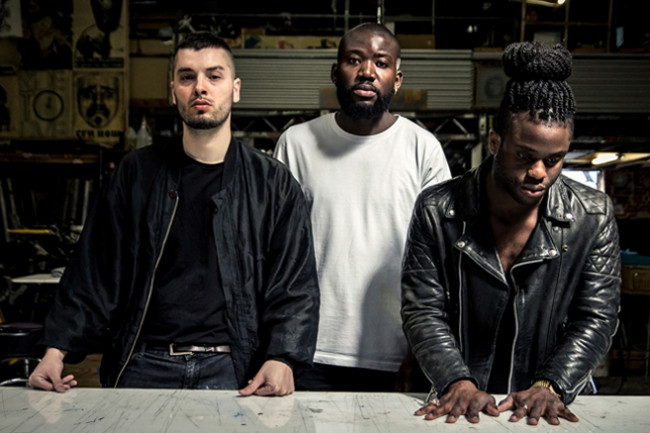 I can’t deny it. I was put off by the fact they won the Mercury. Another alt-j, another M-People, another James Blake, another Gomez, another Elbow, another Klaxons, another Arctic Monkeys… that’s just what we need. Plus, a whole bunch of paid-for music critics rate ’em. (If you’re not aware that all paid-for music critics operate on a semi-autonomous level at best – i.e. their opinions can be easily influenced if not outright bought, and are certainly shaped by their proximity to what the music industry wants them to hear and the fact they don’t need to ever search out music for themselves – you should be.) I came to this one via another artist, though. She’s not as feted. She came recommended via a trusted source.

Here’s what I wrote:

And I noticed the connection and that meant I paid a little more attention to the praise, the name Young Fathers. (Trust me. My taste has been way more in focus, on song, since I gave up any pretence of a) being in touch and b) earning a living from this.) I mean, dude, I even like that new Kendrick Lamarr album despite the catcalling from the balconies. Makes me feel invigorated, angry. Young Fathers connected via Law to me because I’m attracted to the stark, the realsim. I do not give a shit for cultural connotations, but I dig the energy, the anger – the occasional foray into gospel and harmony and gospel harmonies – and I too like to drift. I like to be mesmerised, long as that’s not all that is happening. This music feels like something I can relate to, somewhere. I was down with that Anticon shit that happened years and years back. I love the claustrophia of close-knit beats. I like to sweat, sure. I want to be awakened. I want to be liquified. I want to be shamed. I want to be liberated. I like it when music switches around and mutates and grows an extra leg, but not if it’s gonna be all po-faced about it. Young Fathers sound like they’re having such gucking food gun while they protest and dance like wily mothers. I want the groove to never stop grooving. I don’t give a shit if it’s groovy.

See. I don’t see the fucking point in describing the music. Just the rush of emotion throbbing through your head and the tingling sensation in your toes, and the fact it WON’T STOP WON’T STOP WON’T EVER STOP because it’s too damn good to stop, too damn good to stop. This song is better than three thousand songs I saw recommended online today, and better than 30,000 from yesterday.

So fun. So mutoid fun.

Catchier and funkier than a hospital-sized dose of ‘Blurred Lines’, and unlikely to lead you to thoughts of rape either.