The return of Everett True | 145. Junglepussy 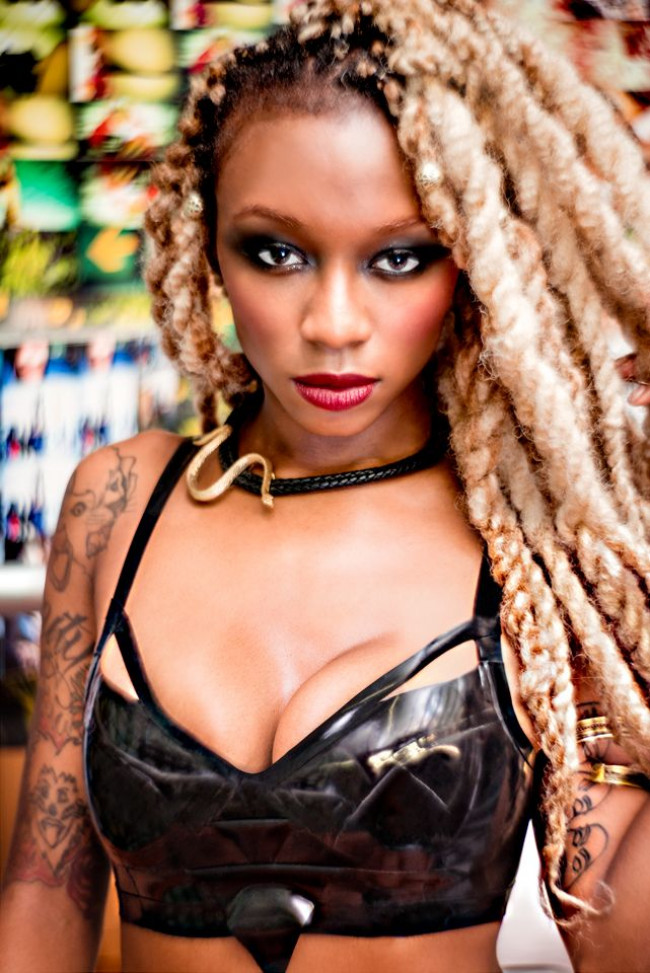 Here”s what the Versace lady has to say:

Brookyln’s Junglepussy ain’t just a rapper – she’s a healing property. Her iridescent skin consistently drenched in essential oils or sweat, her commanding stature and commanding words; she stands at six-foot tall, her raps contain motifs from her personal teachings, with her debut release Satisfaction Guaranteed playing out like a self-help guide empowering women to eat, date, text and to generally execute their lives to Junglepussy’s standards.

When I listen to Junglepussy I pay close attention to my calorie intake, I find myself moisturising more, progressing more efficiently, approaching men more carefully, embracing the feminine more fiercely. After a long stint following the 22-year-old rapper’s teachings on social media I paid close attention to dates for her debut release and I knew disappointment was not an outcome likely to follow the debut of a self-promoted perfectionist.

On the whole, black feminism is the name of the game. Junglepussy incites that being a young black female is an exclusive club, an enduringly chic trend, and an untouchable secret society – the ultimate honour. And surely, she’s onto something – in her tropical interpretation of NYC everything is slinky and seductive, aggressively ambitious, independent, triumphant.