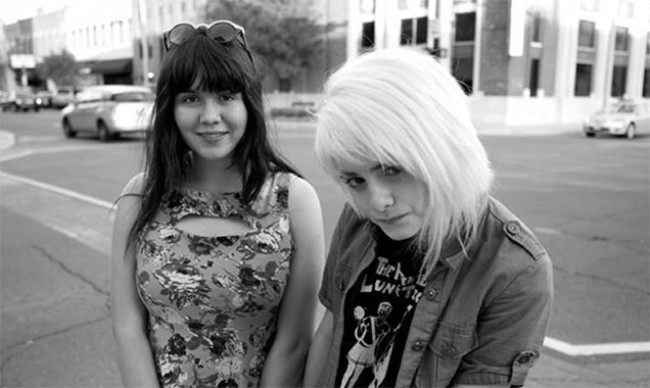 I’m going to repeat myself here.

This gets it. This is fucking fantastic. I don’t give a shit about their age. Either music gets it or it doesn’t.

And this gets it.

Seriously. LISTEN. This next one is Shellshag good. Secret punk and basement pop. This is what I wrote back then, and you should take the parts that apply to apply, and ignore the parts that don’t, unless you’re just a fan of great writing or something…

THIS IS MY MUSIC! Grunge when it was so fucken great. It makes me feel all warm and furry inside. There’s ample use of dynamics, oh yes. And humour. Some great good-humoured music and tambourines tied to ankles and kazoos and – damn it all, why did I never form a band like this? Folk would’ve welcomed me to their towns, instead of peeping furtively out from behind half-closed blinds. Folk would’ve rolled with me down hills in Louisville (oh wait, they did). Folk would’ve dragged me foaming and drunk on to stages to belt out classics from South Pacific that no one could remember. Oh wait. They did. Anyway, this is shit hot marvellous music – stripped down to where it clangs and resonates and burrs and builds heady clouds of steam and really … I want my entire hard drive filled with this noise, so I don’t ever have to hear your voice again, you doubting bastard. It’s music that makes me wish I was still back among the people of America.

LISTEN. How the HOPPER aren’t Skating Polly bigger than every band I’ve never heard of already? How the HOPPER has only one person recommended them to me before now? (Thanks Hannah.)

One Response to The return of Everett True | 143. Skating Polly