The return of Everett True | 138. Brainbeau 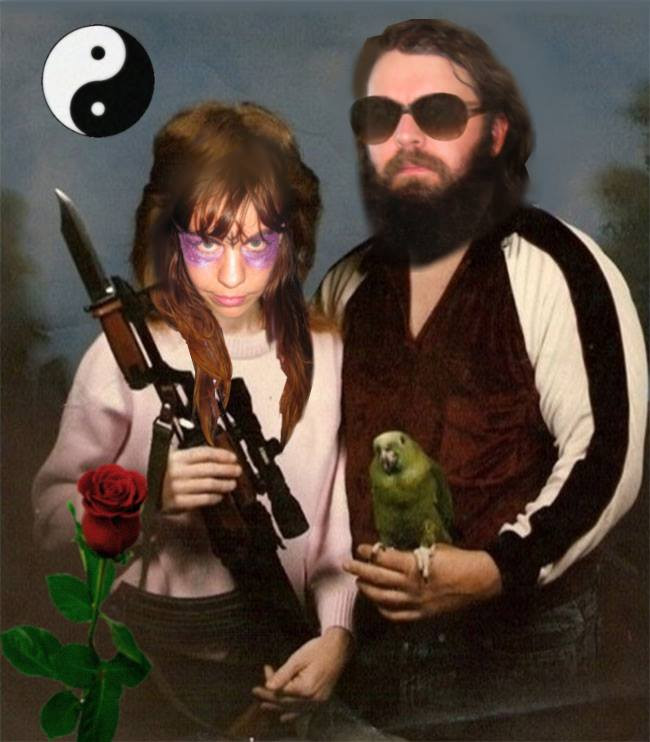 A message from Kat Martian, who I don’t really know but wish I did.

Nice to see you again the other day(1). Lauren being on set was a nice touch(2). More female content(3)! I realised later you very possibly didn’t recall me from other occasions we’ve met(4)? I was in the g20 complaints choir last year (do we not have tables and chairs in Brisbane?)(5) and was in Stag waaaay back(6) and The Gerald Keaneys(7) on keys until last year.

1. A reference to the recording of this at 4ZZZ, to which I contributed three and a half songs – a Zombies cover, a Liz Phair cover, a Young Marble Giants cover and half a Television Personalities cover.

2. Lauren, my daughter, age 3. A couple of nights later Glen mentioned how he felt it might have been a tad inappropriate to have her wandering around during the studio recording of this cover version. I reassured him that she wouldn’t have understood any of it. I didn’t see Kat’s solo electronic project X In O – family commitments.

X in O is Kat Martian, 1 half of Brainbeau. She circuitbends musical children’s toys and makes strange primitive pop tunes while wishing she had more hands.

5. One of my proudest Brisbane moments.

6. Yep. That Stag. Musical pulchritude and dislocated rhythms. Never saw them, wish I had.

Brisbane. It’s scrappy. It’s hot. Our idea of entertainment is to have our photograph taken with Santa in the local shopping mall. Yet it’s home (Song of the day – 444: Stag (something wonderful from the 10s))

The dude knows how to speak. And write. And talk. (Shrugs.) I mean, we all know how to do that, right? But this dude KNOWS how to it. And his stuff has got a beat you can fucking sway along to as well, drunk or sober. The track I want is called ‘No Content’. It ain’t available. Fuck it. Here’s one that is, and it’s free. All the music here is free. All move me in ways I’d rather not discuss in public. Not so shabby. (The return of Everett True | 131. Gerald Keaney and the Gerald Keaneys)

Re my gift (8), I have absolutely no expectations of your tastes and what you’ll make of what i’m doing these days! I’m just keen to share with as many people as possible. And i’ve heard you are pretty good at making that happen!(9)

8. Four gaudily-covered CD-rs and an equally flamboyantly colourful array of psychedelic imagery and cut-up montage on a seven-inch single. She’d have gifted me cassette tapes I’m sure, but I have no cassette tape player. Or rather, I do – but it’s a 4-track and I have no idea how to play 2-tracks on it.

9. People credit me with too much power, still. Sometime, it’s nice when they do because it reminds me of someone I never was. It’s flattering when from the right person (as here). I guess sometimes I should just learn how to take a compliment. It’s easier when there are less of them.

If i took a guess at what you’d be most interested in it would likely be the compilation album of alt-electronic-babe-bands i’ve been in called Xcetera(10) and the live/random jam Brainbeau album called Inchoate Corpus I (11).

10. I was preparing to describe some of Kat’s alt.electronic music in my usual haphazard burbling impressionistic way – bleeps and rounded angles, and brain boosters – but then some churlish churl called me out for making “entry level comments about electronic music” and not being able to describe “youthful music”, and now I’ve gone all shy. (S)he’s right, that’s the deal. I’ve never been able to describe music.

These guys seem to have it down:

The cassette opens with La by Shooga, a seven piece freeform electric girl band that relies on synthesizers, noise generators, drum machines and processed vocals. A shifting synth-drum pulse and recumbent synth lines hold the improvisation down. Processed vocals and whirring interject periodically. The freeform, collective improvisation of Shooga is revisited with De. This track is more melodic overall, exhibiting a synth-pop feel.

…which does everything but tell you how the music makes you feel. Or if it’s the good shit. (They do say it is later.) Or whether it makes you happy, like happy glass. (It does.) Or whether it reminds you of that night you stole an entire Space Invaders machine from down in the refectory. Or whether it’s good jaunty driving music. (It is. I tested it out on a drive down from Caboolture last Friday.) Or whether it breakdances like a cat.

11. If my ability to count hasn’t totally deserted me – and I ain’t sayin’ it has, ain’t sayin’ it ain’t – then Brainbeau appear to have two members. Kat and a bloke with a beard. We’ll call him Beardy. Beardy plays playful keys. Kat plays playful keys. Beardy wears a cap, Kat wears a multicoloured floral wreath. OK. I’m lookin’ at the video below. There’s a drum machine, and the music is quite hypnotically hypnotic…I mean, beautiful. Wistful, melancholy (a little) and jaunty. (Can music be both jaunty and melancholy? You decide. I told you I can’t describe it.)

Am I most interested in this? I’m fascinated by most of all it, actually. I suppose there are degrees, but do we really need to put a qualifier on this?

The record i gave you is Brainbeau’s more studio stuff(12) and our live stuff is different again(13).., we opened for Grimes(14) when she was in town, Chris Clark from Warp and Ariel Pink and The Clean recently. Brainbeau is probably the thing i’m most proud of in my musical career to date. (I’m possibly too humble to brag more but feel free to ask around!)(15)

12. It’s a 50c Casio rave! Song title, sure – but very descriptive. Like the last Minecart has come chugging into town and rather than disassemble and be remade into something else with all the blocks, it stays around happy for a square dance. Have I used the word hypnotic yet? Ah bugger it.

The X in O album is my old stuff from when i was playing circuit bent and salvaged children’s toys exclusively(16). It was released on Alberts basement(17). I also have a small run pressing out on Fallopian Tunes. My new dance stuff is very different but i’m obsessed with making people dance at the moment and decided to invest in some “real” instruments(18). I will have a new album out within the month or 2.

16. We’ve discussed that already a little too. Not to any great reveal – like the way certain critics will give insight into cancer, or cancerous growth, or cancerous growing fungi – but sure. I like Casio sounds. I like Space Invaders. I like that stupid li’l handheld instrument Rolf Harris would promote. I like discarded children’s toys particularly, as they remind me of myself considerably. I like bent circuits. I like dancing. I like the original Tron. There’s very little I wouldn’t like about Kat’s music, especially bearing in mind her way around a jaunty yet melancholy melody and her fascination with 50c dance floors.

17. Ha! Has released some of Brisbane’s greatest music since I been here folk. And no (heavy sighs), I didn’t fucking see them either…

When I tried to simultaneously listen to and write about Sky Needle’s cassette album Neckliner, I found it extremely difficult to do anything but just listen. It was halting. It was all circular movements and the sounds from inside of a junk drawer. It could have been the lost soundtrack to a Jan Svankmajer short film, or it could have been something more sinister. I stared at the computer for 21 minutes and 41 seconds. I decided to sleep on it.

Better than most of life:

And Shooga is a 7 piece electronic improvised noodle band of mine(19). We supported Chicks on Speed(20) and performed and had an installation at the Brisbane Emerging Artists Festival in 2013. We have been inactive lately as members have babies and have been travelling(21).

20. The band on the first cover of Plan B Magazine. I’ve never seen them, either.

And that’s everything i gave you covered. I hope i haven’t inundated/bored you! Hopefully you’ll appreciate something of it! but there is zero pressure. You are a man of very decided tastes i’m sure and a credit to you(22). And my artistic spirits are incapable of being dampened. So no worries if you don’t.

22. Flattery only really works if it’s from someone I respect. See how long this entry is?

Regardless, thanks for your time! Hopefully will see you around the nets again soon(23).