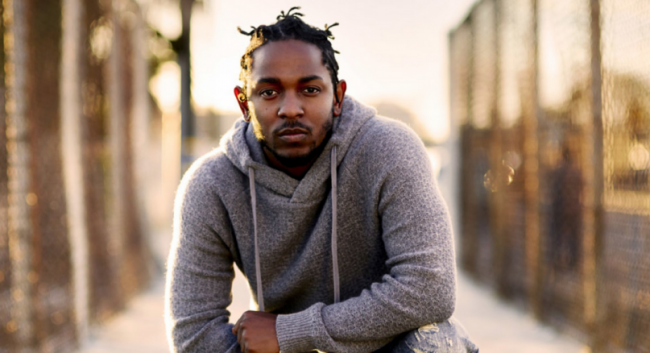 It’s a question of whether we should privatize the normal water supply for the population. And there are two different opinions on the matter. The one opinion, which I think is extreme, is represented by the NGOs, who bang on about declaring water a public right. That means that as a human being you should have a right to water. That’s an extreme solution.
Peter Brabeck, Nestlé CEO

This dick ain’t free. I need 40 acres and a mule. Not a 40-ounce and a pitbull.
Kendrick Lamar, successful pop star

The dude knows how to speak. And write. And talk. (Shrugs.) I mean, we all know how to do that, right? But this dude KNOWS how to it. And his stuff has got a beat you can fucking sway along to as well, drunk or sober. The track I want is called ‘No Content’. It ain’t available. Fuck it. Here’s one that is, and it’s free. All the music here is free. All move me in ways I’d rather not discuss in public. Not so shabby.
Everett True, failed music critic

So tbh, bein a gal is rly hard because everyone has an opinion on what u should be. Fuck that m8. Fuck feeling bad for being crude, dumb, sexy, cute, confused or sure! So much of our lives we felt those things! Why? Fuck that. Fuck feelin like u have to be anything 4 anyone but yrself and ya bestie! The expectations and actualities of bein a gal have affected us a lot in our lives, and tocky lippy was always a fun way 4 us to process a lot of that – n just take tha pizz out of what galz r ‘meant’ to be.
Toxic Lipstick

Got to respect everyone that’s not black for seeing the soul in this shit being that he said a lot of Afrocentric shit and etc. This shit is the most hip hop shit in the mainstream in a minute that wasn’t dry.
Kendrick Lamar fan, Facebook

It starts with a formidable triple punch, each one from a different direction. Rich, burbling bass and a soulful chorus form the backdrop to Lamar worrying about being corrupted by the music industry on Wesley’s Theory. For Free? takes a sharp left turn into free jazz and what sounds like a parody of Nicki Minaj’s Lookin’ Ass before Lamar reiterates his value with cascading syllables, barely pausing for breath before the song arrives at its twist ending. King Kunta picks up the baton, twisting up the tale of an 18th century slave with disdain for Lamar’s competition over irresistible machine funk: “I was gonna kill a couple rappers but they did it to themselves/ Everybody’s suicidal, they don’t even need my help,” he spits, elastic and supremely confident in his superiority.
Alex Macpherson, successful music critic

Respectability politics work to counter negative views of blackness by aggressively adopting the manners and morality that the dominant culture deems “respectable.” The approach emerged in reaction to white racism that labeled blackness as “other”—degenerate and substandard—with roots in an assimilationist narrative that prevailed in the late-19th-century United States. Black activists and allies believed that acceptance and respect for African-Americans would come by showing the majority culture “we are just like you.”
Bitch Magazine

The race thing always comes up, but I want to get there being very black and proud and boisterous about it. You get what I mean? A lot of times when you’re a black woman and you’re proud, that’s why people don’t like you. In American society, the game is to be a nonthreatening black person. That’s why you have Pharrell or Kendrick Lamar saying, “How can we expect people to respect us if we don’t respect ourselves?” He’s playing that nonthreatening black man shit, and that gets all the white soccer moms going, “We love him.” Even Kanye West plays a little bit of that game—“Please accept me, white world.” Jay Z hasn’t played any of those games, and that’s what I like.
Azealia Banks, Playboy

To Pimp A Butterfly Tracklist:
01. Wesley’s Theory, samples Boris Gardiner’s “Every Nigger is a Star”
02. For Free? (Interlude)
03. King Kunta, samples James Brown’s “The Payback” and Ahmad’s “We Want the Funk”, resung lyrics from Michael Jackson’s “Smooth Criminal”
Here’s every sample on Kendrick Lamar’s To Pimp A Butterfly

From Facebook:
ET: Alright. Here’s the deal. I’ll tell you what I think of the new Kendrick Lamar if you tell me what you think of this.

1. This band reminds me of Shark hēād jetpack.

3. Based on that one song he reminds me a bit of a more debauched minimal Ethan Buckler with a less blues-based groove and a funnier accent. he also made me look up Toonbul to find out why it takes so long to get there, and I always appreciate a geography lesson.

4. Coooool. Just listened through his whole Soundcloud page. Love the sloppy bitterness, the discombobulated ois, the kinky rhythms. Thanks fer the tunes!

OK. Thanks. Here’s what I think of the new Kendrick Lamar album.

Thanks to Eighties-Print Versace for the once image.