The return of Everett True | 127. Connections 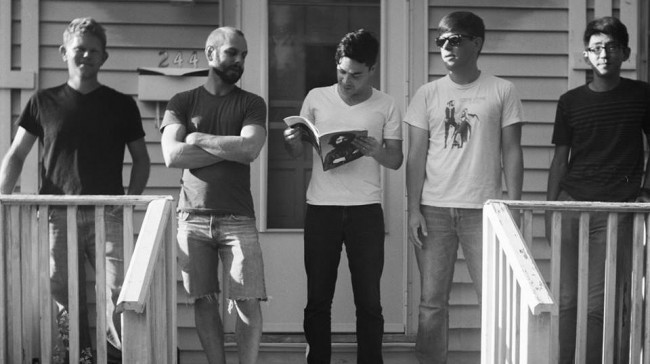 I was listening to a podcast Charlotte was playing to our children in the car. The question “What sounds do you like, and why?” was asked of some seven-year-olds. The replies were illuminating. “I like the sound the waves make, as they crash on the beach at the end of a sunny day.” “I like the sound of the popcorn popping.” “I like the sound of the ice cream van’s jingle as it comes round the corner.” These children associate sounds with experiences: none of them like the sound for the sound itself, or if they do it’s because the sound has associations which then fold back into the way they hear the noise. I wonder sometimes if that’s the case with everyone. We like the associations: a shared memory, a mostly forgotten secret tryst, Germany winning the World Cup, the feeling of being drunk and roaring at 3am, an element of sexual fascination. Clearly, the way music is phrased can help with that; or the way certain notes or chord progressions tumble together. But is it all association?

I was listening to the Connections album Into Sixes in the kitchen this morning. Charlotte popped her head round the corner. “Is this Gregory Webster?” she asked, referring to a favourite of ours. Why yes. Yes, it could be. The way the “oh-ee-oh” is enunciated. The slightly too-fast guitars. The urgency of the box-room drums. It’s New Wave. It’s poppy. It makes me smile, like sugar. But am I enjoying it for the music, or for the associations with other music this music sparks in my head? Does it matter? If I associated it with a music I mostly didn’t enjoy – for example, shoe-gazing – then maybe I’d be thinking how derivative it sounds, the law of diminishing returns. But I don’t, and so I think how poppy and disconcertingly so it sounds. How immediate. How like an old friend.

I was quite the fan of the infectious, unsophisticated energy of Guided By Voices too – as are this band, by all accounts. Maybe I’m reminded of that? Does it matter? If I didn’t like the music it reminds me of – for example, math rock – I’d be complaining about how indie bands seem stuck in a circular loop. But I do like it. And so I start believing in its Ramones/Boys chug, its ’78 New Wave throwaway guitar solos. Basic and endearingly so. How immediate. How like an old lover that you’re no longer allowed to have sex with.

This song has a great video attached, a bit disconcerting and a bit too much feeling true-to-life. I think of Thirteen, or Kids – that scene where some kid has the shit smashed out of him with a skateboard, to the sound of a Daniel Johnston song. Association again. Is this age talking, or does it ricochet all the way back to the womb (and before)?

2 Responses to The return of Everett True | 127. Connections