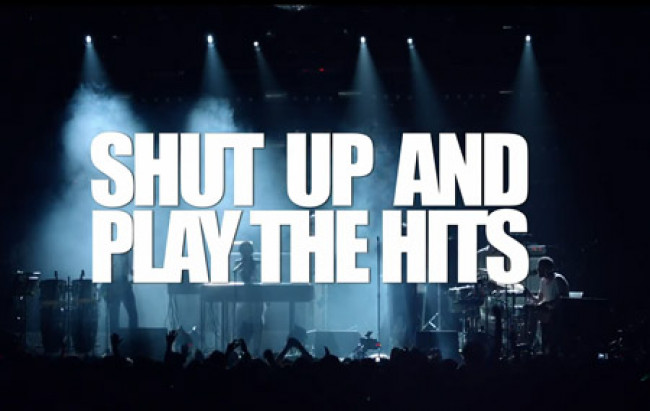 Being a contrarian, I switch off when other critics start forming clusters, mind-sets. I like to think I can figure it out for myself. Often, I can. It’s the American critics who wind me up most. In the U.K., most critics have some form of sense of humour, a pluralism, about what they do. Least, the ones I read. Australia, most all the critics know they’re worthless parasites, lucky to be even given a free ticket, and they write accordingly. Least, the ones I don’t read. In the U.S., it’s like most of them go on a special University course on How To Be A Pompous Dickhead. (Not all of them, mainly the mainstream male commentators.) Sometimes they have something of value to add to the dialogue – yes, maybe often in some cases. But you need to wade through all that self-righteous, self-aggrandising shit first.

So, whatever. You can’t blame me for figuring isolation is the better part of valour. I rely on my friends (Facebook, Creney) to cipher this shit and pass on the good stuff.

Doesn’t always work. Sometimes the most obvious great music – Miley Cyrus, Life Without Buildings – slips through the cracks. Maybe because it’s so obvious. Likewise, here. Yeah, I know they kept sweeping the floor with award after fucken award after fucken award. But I hate awards. I hate polls. I hate this shit that tries to elevate music above the common herd through simple numeracy. So the harder they push, the faster I move away. (I did have a listen anyway, and was surprised at how blatantly James Murphy seemed to be siphoning the New Order template from the mid 80s. I thought it was fine, for sure. But I had already heard New Order.)

Trust the user, not the person paid to listen to this shit, I say. Go for amazon user reviews, not amazon editorial reviews. We know who’s being more honest.

Still. So. There’s nothing to be ashamed of being late to the party. I long ago gave up pursuing cultural capital. (How could I hope to ever compete with that legendary dead music journalist Everett True from the 90s?) Now all I require is diversion, superficiality, surface gloss, girl power, the odd surprise. A student in Sex Drugs Rock ‘N Roll (QUT course number KMB003) tipped me off to this – he wrote something quite marvellous, briefly marvellous about it too.

This song is what popped into my brain when Everett described the song-related-euphoria (something I am all too familiar with) – this is one of those songs that really really affects you, especially with the volume turned way up. Don’t be put off by the 9 minute duration of the track, it’s truly worth it. Be patient and you’ll fall blissfully from a ledge of quaint repetitive percussion and distant vocals into a pool of aggressive, bouncy synth-punk. I just threw up a little at my own description. Anyway, I’d recommend listening to this song with headphones in and nothing in front of you for fear of breakages when you inevitably begin to violently fist-pump.

Damn straight. I read his words, listened to the song (it was my duty) and… damn. Listened to it four times more.

Great stuff. Apologies my critical brethren and sisterhood. Just occasionally you do get it right. You know what would really help, though? If you quit submerging all the good stuff with all the mediocre.

Song of the day, for sure. I want it on my new mix tape.

And yes, the opening three minutes is the best part of the song.

Wait, they did ‘North American Scum’, too. That’s great. And ‘Losing My Edge’. And that weird jogging record. Wait. I know and love this band already.

Sometimes I confuse even myself.