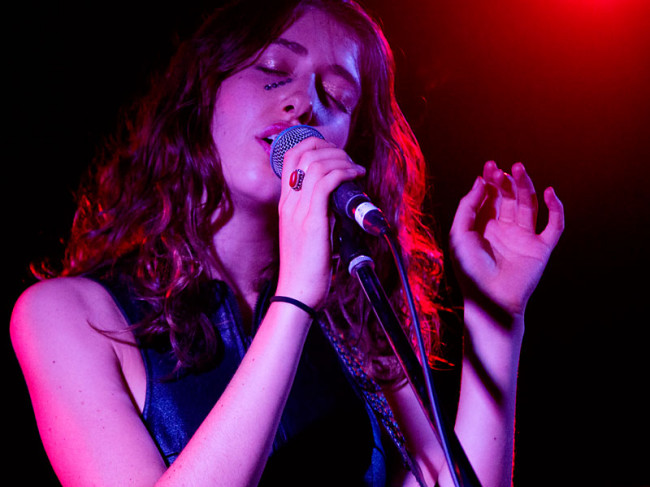 I enjoy having no frame of reference. Well, little.

This is from a tradition of music that I have little familiarity with. Having lived here in Brisbane for close on seven years now, I am of course aware of certain musical irregularities in this country’s past. Sharpies. The boogie scene that spawned AC/DC and the mighty Coloured Balls and Chain, and loads of other fearsome sunburned dudes with combative mustaches. Garage rock and the all-pervasive covers bands (popular because of the prohibitive distances involved in bringing the originals out to Australia). Wendy Saddington and Carol Lloyd. It’s misleading to think that just because Australia shares a common (white, colonial) heritage as America and the U.K., that its path wouldn’t have diverged at certain points, even with its relatively tiny population. Like Seattle in the 80s, folk here have been given space. That’s all to the good.

It just means that I don’t feel an immediate kinship with certain forms of music – or if I do, it comes through other routes.

Would I have watched The Furrs so closely the other night at the Black Bear Lodge if their singer Gabriella hadn’t been one of my stand-out students a few years back, equal parts insouciance and charm (and a bit of work)? Doubtful. But I did, and because I did I found myself enjoying what I heard, inappropriate guitar solos and wonderfully lame usage of a kazoo (I used to be a demon on the kazoo) and 70s bluesy throwbacks and all. Or, as Ben Green rightly put it,”They bring weird, outsize charisma to their small stage and old genre.” Maybe it was the unfamiliarity, or maybe it’s cos I’ve been listening to a lot of the old boogie and Australian pub blues, as part of my research for The Guardian‘s Australian Anthems series, but there’s something about The Furrs.

Now I’m making them sound antiquated. Not so. This is a living, writing presence – and what presence!? It’s weird that Gabriella sings with an American accent (that sort of shit always bothers me) but she totally commands the stage when she’s on it – could well break out big, on this showing. She has a big voice (on the song below she sounds a bit like Courtney Barnett). The mess of contradictions and unashamed rock could well stand in her and the band’s favour. What goes around comes around, and this could be certain sections of the NME‘s coverage, 2012.

This was an unexpected pleasure.