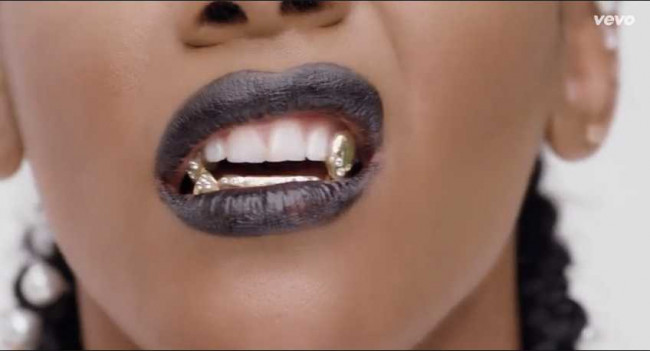 Scratch that. Much as I know folk like their comfort zones, their safe places, their writers they can turn to again and again knowing they’ll always receive similar advice, similar opinions – I’ve never really seen that consistency is a virtue. Maybe if you’re a middle distance runner. Maybe if you’re in U2 and the livelihoods of small villages are depending upon you showing up and rocking out at the required times. Maybe if you’re a pro writer. But surely, the ability to adapt, to listen, to change one’s mind should be valued in a critic? Maybe not. Maybe it devalues everything. I dunno.

Nothing is straightforward once you start thinking, stop believing.

I never liked Danity Kane. There was the name, for one. Couldn’t get past the fucking name.

There was the context, for two – I don’t always mind being able to see the joins, in fact when it comes to discussion of the fist Black Sabbath I view it as a total plus. Penn & Teller do it well, you understand: deconstruction is part of the attraction. But I dislike programmes that pretend to strip away the illusion while actually obviously maintaining and heightening the illusion, while actually obviously not bothering to maintain the illusion in the only place it counts: the music. Did I believe ABBA believed everything they sang? Do I believe Beyoncé believes everything she sings. Of course. Did they? Does she?

Why are you even asking that question?

(This, incidentally, is what separates me from you, you unrequited Beck fan you, right here, right now. My interpretation is ALWAYS what’s most important to me. ALWAYS. How else should I judge art?)

So. No to Danity Kane. Fucking AWFUL name.

I prefer my hash browns hashed not rehashed. I way prefer Dawn solo… to such an extent you begin to wonder whether the same woman is involved in each project.

I really ain’t sure about the way she plays dress-up in the following video… but there again, I have to ask myself. Am I the target? Am I a target? I spent a good few hours last night listening to nothing but Dawn. I like this one a whole bunch – the start feels like it could lapse into the macabre council housing spookiness of Edward Scissortongue – and then it lingers and throbs like Bey when she’s really on one. The mean bass and the double-tracked, triple-tracked, quadruple-tracked, sped up, detonated vocals make me feel all woozy and disoriented. (I mean, dude, I’m talking Blank Realm levels of wooziness.) It keeps building, keeps hinting. The echoes. The energy. The energy. The energy. It’s a stormer. Euphoric. It was my Single of the Day tomorrow yesterday, for sure.

But today I’ve only gone and damn flip-flopped.

This one makes me feel… sorry, let me turn this damn stupid video off…though I do like the gold fangs…click.

Nah, fuck it. I was going to be all contemp and suggest one reason I like this new Dawn Richard track is cos it reminds me of the rhythmic experimentation going on down with Björk in 2007 with Volta, but. Nah. It’s great. It’s fucking great actually. Indeed, give me a few more months with the album it’s from – the many and varied and playful and serious and intoxicating shapeshifting electronica of Blackheart – and it could well end up being my album of 2015, same way Bey was my album of 2014. Well. Same way, but way different, if you get my meaning. (Alex Macpherson nails it here at The Guardian.)

But today, let’s stick with this.