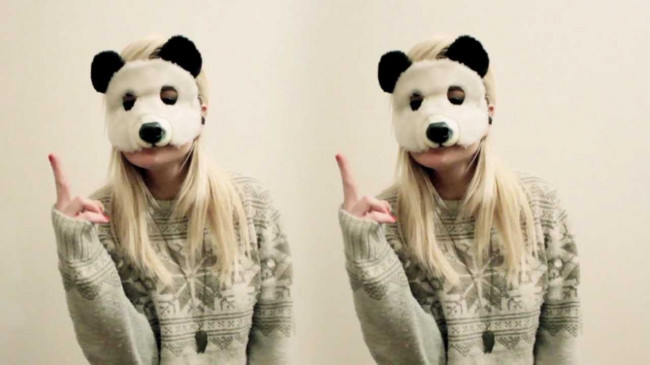 We had a discussion on Collapse Board recently, about whether our preference for women making a more immediate/emotional type of music helps propagate stereotypes of women in music. No. No, I don’t think it does.

A reader might see that Collapse Board has certain interests. One of those interests is expressive/gut-level/non-“musicianly” music, and another interest is making sure not to ignore that women make music. I guess if you drew those interests as circles in a Venn diagram, the part where they overlap could be seen as prime CB material: women making expressive/immediate music. It’s probably a fair reflection of the interests of the authors. But there’s a risk an overly simple reader could think CB is promoting an essentialist idea that “all women are always irrational/emotional so they are good at singing and thrashing instruments, not at contemplative or technical stuff”. I also think there are lots of examples on CB to set such a person straight, and now that includes this review. Am I on the right track?

I think he’s summed it up nicely.

Here’s my counter-argument, all recently discussed on Collapse Board… after a fashion.

First, here she is without the visuals.

You want me to comment on this, lay down the good word? You really haven’t been paying attention, have you? I like the guy rocking back and forth on his own, on his haunches, in the fourth video, like a super-nerd. That’s me. That’s me. Anyways, this next one is my favourite: disorientating and reorientating and playing two-up with the pieces. I know it’s a little older, but I like the sly sense of humour, the messing about with rhythms and tonalities and focus. There’s always such focus. I mean, it’s all gone wrong again, hasn’t it? Especially when she starts acting cute with the Hello Kitty lollipop, or wearing the animal masks. (I’ve never understood the animal masks: they always creep me out somewhere down the line.) Funny and real and not real and compelling as shit.

I’m a little behind the times here. This is still dubstep, right? Such focus. Must be admired. I can understand why it would scare many.