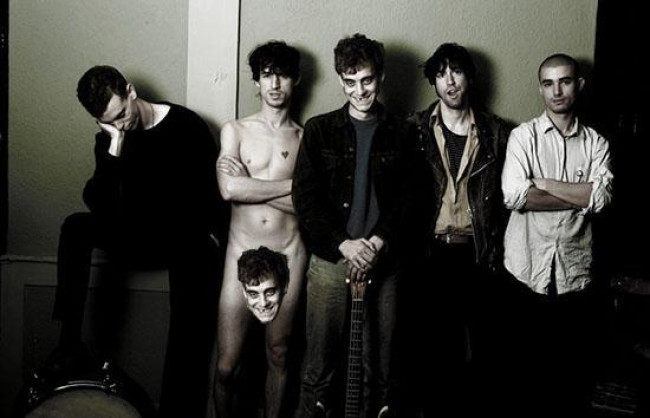 Fuck damnit, I’m slow. Like, folk been talkin’ ’bout the Fatties for decades now. Same way folk been sayin’ that Taylor Swift album is really somethin’. Well, not the exact same way but similar, ya dig? With the newfound enthusiasm of the born-again pop/indie fan (delete as applicable). Like, somehow it’s being darin’ or risky takin’ such obvious sides. I ain’t sure it is but I ain’t sure that gainin’ a sense of perspective was jus’ around the terriblest thin’ that ever happened to being a music critic. Like, how d’ya get all self-righteous and domineerin’ and proselytisin’ when ya start realisin’ people have babies and like to vote for bigots and the Reef is disappearin’ and ya life is cornerstone useless. Ya dig?

So yeah. Brother. And Sister, too. And any other gender that happens to be listenin’ in. (Y’awl is born with a sex, gender is a construct. Free will applies. Sometimes. Ya dig?) The Fatties. Been put off ’em by the name for ’round ’bout two or three years now, figured that with a name like yr Fat While Family they had to be either a) Sonic Youth fans, b) stupid Vice-style interior designer ‘punks’, c) another Pulp rip-off or d) a combination of all 3. See, thing ’bout music – way I teach it anyhows – is that ya dig it cos of everythin’ BUT the tune, the melody. So Kurt Cobain (remember him cats?) would no way have been into his own band if he hadn’t been in his own band cos fucken Pearl Jam and Guns N’ fans were into ’em… so if he hadda been then damn it would’a bin grunge’in, I mean grudgin’. So Imma put off yr Fatties cos yr Murdoch-funded clickbait rags are into ’em. Ya blame me? Stupid really, but thassa way it is. Damnit fuck. Cos whether or not ya dig somethin’ is down to the decen’ coffee, the oblique sun.

They ain’t really any the above, course they ain’t.  They’s jus’ another lame DIY Suicide ripoff. Without a decent drummer.

Touch the leather? Fuck yeah. Gimme some to touch, to stroke, to slime and cum over, and I’m happy as an Abbott in shit heaven. Gimme some shit to eat and I’ll eat it painstakin’ with a teaspoon. Trus’ me. Gimme some unhealthy sleaze, some glistenin’ sweat torsos, some erratic and disturbin’ stage performances and some black black cabaret. (Most ‘cabaret’-stylin’ bands are dull as, cos they preten’ to reach this state of amorality. It’s a fucken pretence, dig? They do not take it far enough.) Gimme a dose of reality that ain’t fuckin’ reality at all of course ‘less you happen to live it. Gimme some Cunt fucken Teasing. Articulate and devoid of niceties. Fucken sweet. A roommate once left me some… no. Ain’t ready to share that yet.

They smear it in yr face, and you know what? You fucken deserve some.