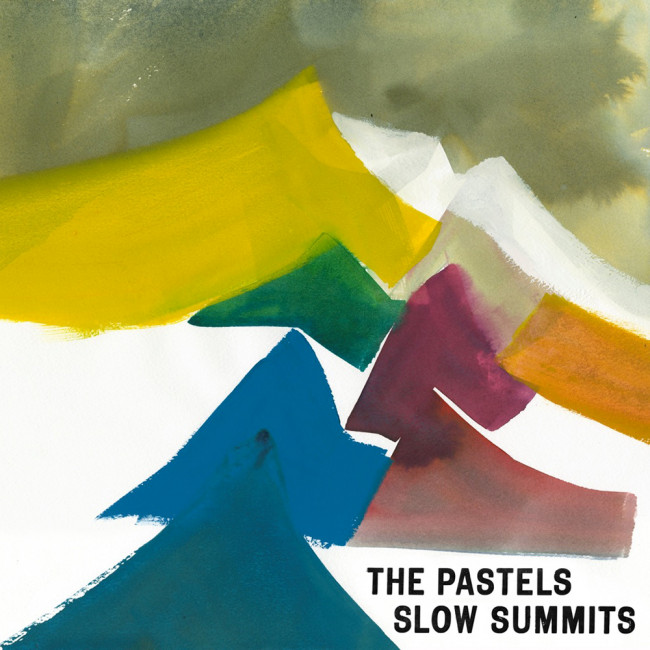 So there I was, editing Lucy’s lovely review of John Grant live in Kemptown, downloading the deluxe You Am I reissues (a clunky and frustrating business, as some record companies still seem to deliberately avoid ease), listening to the new Pastels album  Slow Summits and wondering whether there was some way I could write about it some more without reverting to usual critical hackery. I was just thinking that the final couple of tracks had been a trifle heavy on the woodwind, or flute, or whatever the hell it is, and the extended jam/work-out vibe, but Katrina’s voice still sounded lovely and warm and welcoming, when I noticed that in fact the last couple of tracks hadn’t been by The Pastels at all but by a group named Austra (from an album called Olympia). Same label, different aesthetic. Imagine my red face!

And then I noticed that they were by The Pastels after all. I already know what Austra sound like. I love Katie Stelmanis! Imagine my even redder face.

Still, it got me to wondering. The first song on the new Pastels album is called ‘Secret Music’. That song title cuts straight to the heart of The Pastels’ appeal to me. (Not that my love for them is even vaguely secret among those who know. “The day I stop listening to The Pastels is the day I stop listening to music,” I wrote in The Legend! fanzine back in ’85; and I still feel this to hold true.) The connection I feel is deeply personal, not to be shared; not particularly. Music that is my Own Best Friend. Everything is half-whispered and gentle, implications to be hinted at.

The third song is called ‘Check My Heart’. That one I already haven’t written about. (I was tetchy. I was upset. I felt that a lot of what I value about music is friendship and camaraderie and love, and that the feeling wasn’t reciprocated. That’s OK. I was wrong. The feeling was reciprocated, it was simple miscommunication. I still hold by the main sentiment however. If I can’t think of anything to write, I see no point in reprising what everyone has written before. I’m sure Stephen agrees with me. Slow Summits is only the fifth album from The Pastels. That’s five albums in 31 years.)

The fourth song is called ‘Summer Rain’, and although I’m not totally sure about the instrumental section where the music grows louder and louder (mainly because I was grooving on Stephen’s voice so strongly), it’s beautiful.

The final song is called ‘Slowly Taking Place’  and though the feeling lingers for days afterwards, the album is over, far too soon.

Sure, it’s comfort music. Why wouldn’t it be?

So. Once again. A picture, this time a painting by one of my absolute favourite artists.

I feel the vast majority of writing online is merely repeating other writing online, and I really try my hardest not to contribute to that fashion (hence all the reviews of album sleeves, and in pictures and poem form, and so on, which some might dismiss as gimmicky). In the case of the new Pastels song, I felt it had been more than adequately described already (and anyway, I’ve always tried not to describe music). But it made me happy to hear it so I linked it to a photograph of Lauren that also made me happy to look at.

One Response to The Pastels – Slow Summits (Domino)