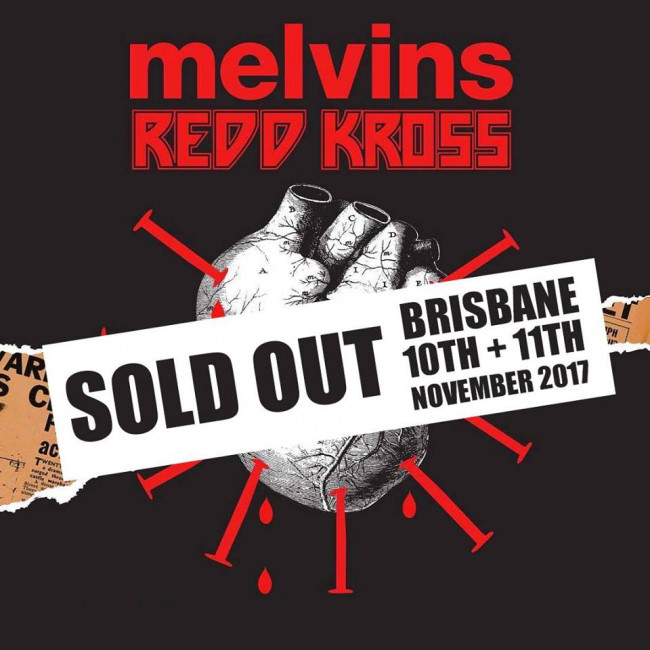 As the Melvins take the stage I’m reminded of a friend of mine which saw the band in 2013. A long-haired superfan was head-banging in front of her. Really bopping. She was taken aback but didn’t mind because these locks were well tended, they smelled like strawberry shampoo. There were five or six persons around may that could have fit this bill, had the kind-scented metaller returned?

I digress. Buzz Osborne looms over the stage with his own distinctive shock of hair. This mass of fuzz is one of the group’s distinctive features and it comes attached to its most enduring element. Hair, we’re back to hair again but the music!

When the first finger finds its way to a fretboard the headbanging is instantaneous. The upper extremities of the trio’s silhouettes dip and bob above the crowd. They accompany caustic blasts of a sludgy and hard riffin’ variant of what we’ve, with the benefit of hindsight, come to recognise as grunge. Or is it metal? Heavy punk? Who cares! The sort of music that tends to happen when a few true believers come together in some cramped-out space and play. At first, they’re trying to imitate their heroes but fail horribly. In doing so they blare blast something brilliantly unique. Music which hits in the gut while confounding expectation.

Delivered with attitude, Lysol’s ‘Sacrifice’ moans out in all its emotional violence. ‘Oven’ and ‘Amazon’ incite spates of crowd surfing chaos. Forty minutes in, the set’s structure breaks down. The trio lays out something blurring between medley, loose jam and the longest outro I’ve ever heard. This gets a little taxing before bashing through to strike a resonant chord. But it doesn’t hold you for long, the dense onslaught pushes you away before a stray vocal passage or familiar hook catches the ear and draws you back.

A thronging mass of human mayhem occupies the space directly before the centre of the stage, but the group seem to project more energy than the audience can throw back. The roar of this bone-crunching assault powers ever onward at which point my eardrums burst and I cop out. Next time guys!