The Goon Sax – Up To Anything (Chapter Music) 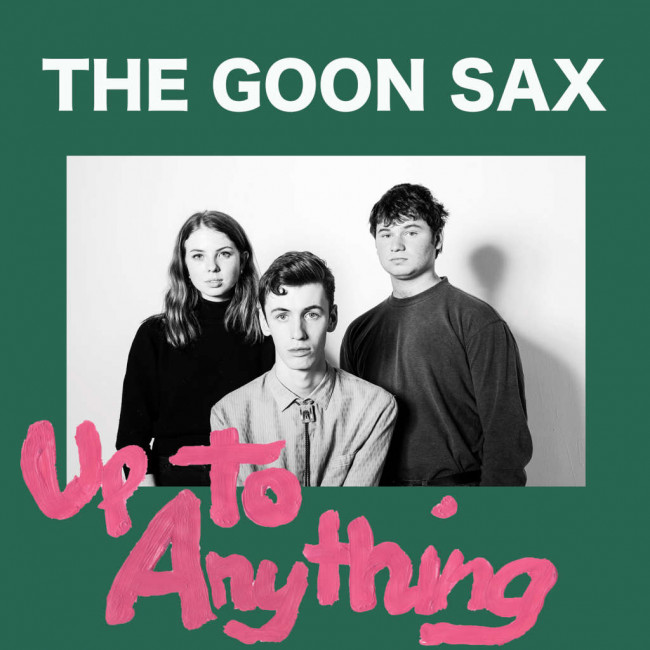 “I want people to think about me” admits Louis Forster on the opening track of The Goon Sax’s exquisitely understated debut album Up To Anything. It’s an encapsulation for a lot of innocently arrogant feelings bubbling away within the songs that make up the album’s run time, a statement about the inherently self-centred journey of figuring out who you are and what exactly you want to give and take from the people around you.

The Goon Sax comprises Louis Forster, James Harrison, and Riley Jones, three kids out of the Brisbane suburban sprawl who met in high school, eventually being drawn together in the various ways kids are. They made a band in which the drummer had never played drums, and the two front men are just best school buddies – cute story right? Up To Anything and the songs within sound like a hundred different variations on that situation, all with different beginnings, middles, and ends, but none are told without their healthy dose of reality.

Hearts are broken spitefully, haircuts are ruined, and love is unrequited – but the charm gluing this mishmash of adolescent angst is its pure self-awareness. The Goon Sax aren’t under any illusions that their feelings are unique or world shattering, but they feel them all the same, and that ought to be good enough.

Not to say this angst is ‘safe’ by any means. The safety of vagueness is often times cast aside for head on collisions with issues like self-conscious body issues, like on “Telephone”, where Harrison sings “I never feel very comfortable with my body”. Forster too, isn’t reserved when analysing himself – “Why am I careless with the one thing I care about?” he asks on “Target”.

‘Up to Anything’ being released on Chapter Music isn’t just a big step for the Goon Sax this early in their career; it also manages to be the kind of perfect fit bands usually find later in life.

It’s top heavy though. All the songs from “Sometimes Accidentally” to “Boyfriend” are such lyrical and melodic bull’s-eyes that they leave the latter half of the album feeling like it had its spotlight stolen. “Making the Worst” is a downtrodden highlight of the late game, but by the time closer “Ice Cream (on my own)” rolls around, the Goon Sax are chipping the paint off their shiny lyrical methodology, showing some awkward phrasing and missteps underneath, a la the chorus of “Susan”. As a debut though, the ideas here are too wired and bright-eyed to be dragged down by a moments of repetition.

The Goon Sax write sharper tunes than they should at their age, and the fact that they’re not resigned to finding some element of coolness just languishing in their formative years is both heartening and refreshing all at once.

3 Responses to The Goon Sax – Up To Anything (Chapter Music)