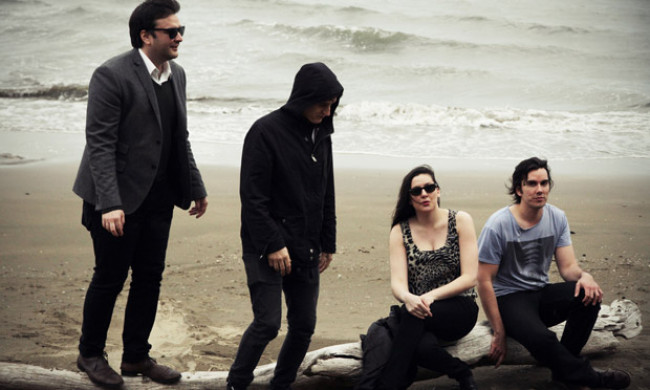 Blank Realm – Back To The Flood

While the band has been signing with overseas record labels (in addition to being signed to Bedroom Suck in Australia), touring overseas and getting rave reviews in the international press from the likes of The Guardian, Pitchfork and Mojo, they’ve been largely ignored by the ‘mainstream’ Australian music industry.  If only they’d gone the ‘Unearthed’ route and applied for a showcase at BigSound, it might have all been so different.

‘Back From The Flood’ is the first track on Grassed Inn.

More Brisbane music, this time the excellent new video from one of the city’s brightest new hopes, Major Leagues.  For our non-Australian readers, the clip is a pretty much an accurate representation of a typical night out in Brisbane.

The first single from “noise-punk band” Perfect Pussy’s forthcoming LP Say Yes to Love.  Already with mountains of press hype behind them, it’s pretty safe to say that Perfect Pussy have never gotten involved in any discussion about ‘the triple j sound’.

Although this was first uploaded in November last year, it’s finally hit viral status (at least on my Facebook feed, not that that counts for much) this week.

In summary: a man with hundreds of copies of The Beatles’ White Album on vinyl records 100 copies and layers them on top of each other.  It starts off sounding reasonably normal but doesn’t take long for the different versions to become out of phase and create a completely different way of listening to over-familiar songs from a 45 year old album.  If only The Beatles had thought of this themselves they could have invented shoegaze.  It even makes ‘Ob-La-Di, Ob-La-Da’ listenable.

Warpaint’s second self-titled album is released this weekend.  If you haven’t already heard it, you can stream it below.  Warpaint play at the upcoming Laneway festival making its way around the country from the end of the month.