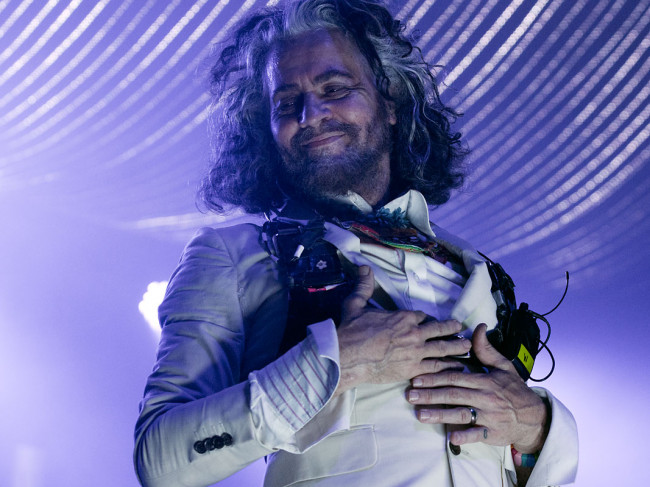 It keeps coming back to nostalgia. It’s less the wallowing in it than trying to understand it. Is it a natural part of the ageing process or is it a commercial construct? It’s a slow creep, something that’s getting worse, and yet something that I don’t feel wholly responsible for or in control of.

It’s thinking about all those BBC archives from the 1960s that were wiped, because no one at the time thought they would have any future value, that makes me question if nostalgia is just a modern phenomenon. It’s considering about how bands and their labels treated their back catalogues and unreleased songs in the last century compared to the money that’s to be made from expensive box sets now. It’s bands (not mentioning any names of course…) who are able to sell out mid-sized venues on the back of one hit song a decade ago. It’s not just that every day is an anniversary of something important happening or an landmark album being released, it’s that every day is a multitude of anniversaries of all shapes and sizes, most of which have minimal cultural impact. Glorify the past, the future dries up, as someone once sang (and maybe they even meant it once upon a time, before they also jumped on the bandwagon and started playing hit albums in full to celebrate 30th anniversaries).

They might have officially released a new album barely two months ago, but instead of playing anything from it, the Flaming Lips are here in Brisbane to play a 20th anniversary Soft Bulletin show. The band have released a further two studio albums and another three collaborative albums since they last played in Brisbane (at the short-lived but much-missed Harvest Festival) but tonight’s setlist doesn’t include anything they’ve done in the last 17 years.

In a way it’s a shame, because you wonder just how they would have presented their recent King’s Mouth album. As described by Pitchfork, “King’s Mouth is about a royal baby born to a queen mother who perishes during labor, presumably because the kid has an abnormally massive noggin, which is put to effective use when he saves his city from an avalanche by devouring the universe whole with his giant chompers only to die in the process, after which his followers chop off his head and live inside of it for all utopian eternity.” If every there’s a theatrical show waiting to be developed for an album and toured around the world in support of an album, this was it.

Having said all that, there are a number of reasons why the Flaming Lips playing a 20th anniversary show for The Soft Bulletin works.

Firstly, although it can be considered their breakthrough album, it was never a zeitgeist album at the time, it wasn’t something that fully entered the public realm and became a collection of songs that were fully adopted as a soundtrack to 1999 events. Critically acclaimed but not a mainstream success. It’s something that hasn’t suffered from over-familiarity over the years or where everyone is hanging out to hear a hit single or two.

Secondly, the Flaming Lips have always been a great live band, even forgetting all the theatre of their live shows. They aren’t limited by songs on the album that are strictly studio creations and that can’t be played live easily, if at all.

Most importantly, this is a collection of songs completely energised by being played live.  It would be a bit unfair to describe The Soft Bulletin as background music but the recorded songs are fairly relaxed and, for the most part, downbeat.  What strikes you the most about the onstage versions is just how dynamic they sound in comparison to the album versions.  Much of this is to do with the twin drum attack (because everything is better with two drummers) but it also presents itself through all the other instruments. Everything is bigger and unconstrained, and the volume of the ensemble magnifies it all. The weakest point is Wayne Coyne’s vocals, which have never been strong but noticeably lack physical presence at times as he struggles to project his voice.

After playing through The Soft Bulletin in full (and possibly in start to finish order, although we have been arguing about that), the two encores provide ‘The Hits’, with ‘She Don’t Use Jelly’ and three from The Soft Bulletin’s follow-up, Yoshimi Battles the Pink Robots, arguably the band’s commercial peak (to date); ‘Are You a Hypnotist??’, ‘Yoshimi Battles the Pink Robots, Pt. 1’ and the final ‘Do You Realize??’.  The encores bring Coyne in his zorb ball heading out into the audience, a massive inflatable pink robot, more confetti, and even more balloons.  If you start a show like the Flaming Lips do, you need to pull out all the stops to make sure it ends at an even higher point.

It’s no surprise that the Flaming Lips are always included in lists of bands you should see live.  Brisbane being Brisbane, Australia being Australia, not everyone got the memo and judging by the state of Fortitude Valley after the show, which is even more of a dumpster fire than your typical Saturday night in the Valley, the annual Riverfire was where everyone wanted to be.  It’s a night that always reminds me of the valuable advice to not live anywhere where they still point at planes in the sky.

Having seen and photographed the band numerous times over the years, you always come away from a Flaming Lips show thinking exactly the same five things.