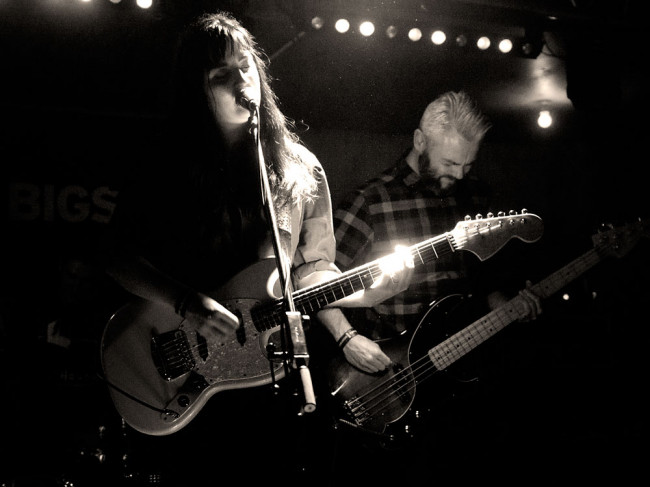 Above: Deafcult at the Crowbar. Photo taken by Justin Edwards.

Every press outlet outside of Australia will try and tell you folk (I’m from Georgia in the US of A, remember) that Tame Impala carried your torch this year in the indie charts. But who needs those fuckers, eh? I imagine they course through your veins in the same way that Deerhunter coarse through ours – which is to say, not at all until they need to, and when they do you shudder faintly with nausea. Anyway, far greater heroes purged that virus from our hearts, as this list shall prove. We at Collapse Board cast our votes, and these ten pulled out on top.

Uhhh, so there was a six-way tie for the bronze.

Bitchratch – I Know My Truth

It is this willingness to admit to being fucked-up and a resultant hunger for release that lends their music a Catholic edge beyond its usual scope. Pain is the release here, not the soothing sickly sweet sounds of seduction. Love is not the drug. Rooting is the drug. (Everett True, The Guardian)

The music is stately, slow – McCarthy and Jansen’s ever-present harmonies on vocals and guitars underpinned by Christopher Wessing’s loose, considerate drumming. Guitars shimmer and are left to linger in the breeze, magisterial in their own way. (Everett True, The Guardian)

While preserving her distinctive traits of bare-skinned honesty and visceral delivery, 9 Classic Tracks sees Chadwick venture into decidedly more lush territory—her unmistakably raw vocals present this time through a vaseline filter and with an air of reflection indicative of both artistic growth and intimate evolution. (via Midheaven)

The Apartments – No Song, No Spell, No Madrigal

“Songs are like windows – sometimes they’re trapdoors – and memories come cartwheeling out. You just have to deal with them.” (Peter Walsh, quoted by Andrew Stafford, The Guardian)

This is a secret garden of sound. All you need to do is find the key. (Everett True, the Guardian)

These days we want our music to be lighthearted and entertaining. Why dwell on this dark stuff, when it’s been shown over and over to be a dead end? But still, there’s something liberating to be found in this mess, this collision of noise and inarticulate, juvenile defiance. Critics speak of catharsis, but this over-simplifies the meaning of the noise musician’s creative act. Catharsis implies transcendence, but there is nothing transcendent about the sound of Cured Pink. (Rene Schaefer, Mess+Noise)

We also had a three-way tie for silver.

“High” barrels straight for the heart. There’s an air of urgency whipped up in every riff and resounding refrain. Having already faced their demise, and made it through the other side, making this record right was all that mattered. With this raw collection of songs, Royal Headache have bared themselves to the world, and it’s enthralling. (Jessica Goodman, The Line of Best Fit)

Illegals in Heaven is not an album you ponder about – the words and the grooves stab yr brain and tap fountains of hormones. Blank Realm have done it again, and together they’ll take on the world for love. (Lee Adcock, Drowned in Sound)

In the same way the Baltimore band Animal Collective once sounded like someone had spilled beer on a Beach Boys’ Pet Sounds CD (the engorged harmonies constantly skip), and in the same way US Girls – aka Meg Remy – wonderfully reinvented 1960s girl group for the post-electro generation, often Mitchell sounds as though she’s on the verge of breaking into a Shangri-La’s song (Dressed in Black, say) but she always pulls back right at the last moment to burst into a new form. (Everett True, The Guardian)

But only one band clawed its way to the 1st place podium, and that was –

Deafcult – Deafcult
Deafcult are workin’ for me cos they don’t preserve themselves in amber. They pulse, they throb, they ache. Instead of withering under an impossible beauty, they flex muscles. I bet they put on a livelier live show, too. (Lee Adcock, Collapse Board)