THE 9 BEST SONGS OF 2013 ACCORDING TO JAKE CLELAND 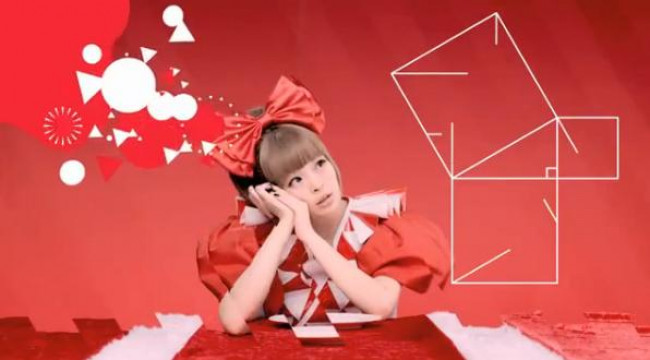 “It’s the wounded howl in his voice. The despondence. The angst. Kirin J Callinan is not a ‘good’ singer by any traditional measure but god does it work in his favour. It’s so high in the mix, unmasked and vulnerable. The climax is no less uplifting than your Temper Traps or Japandroidses, even as Callinan wails “WEEEE WILLL DIEEEE A-LOOOOONE!” Closer to LCD Soundsystem, then; this could be the guitar analogue to ‘All My Friends’, except for that voice. Kick a dog while he’s down and see how he stands back up.”

There are a few reasons I love this track and they’re all sonic. It’s the sound of chewing in your ear in the chorus. It’s the rising and falling spaceship engine whine. It’s the “WAH! WAH!” in the verses.

OK, so technically this is from December last year but I only just found it and if you wanna get more recent, there’s the equally hyphy ‘Denden Passion’, but besides all that ‘W.W.D’ is a hugely inspiring collaborative story about loners overcoming anxiety to kick ass. Each idol takes turns chipping in snippets of their personal lives prior to the group: one was bullied and the only place she felt normal was in the arcade, one “became desperate when [her] dreams were ripped to pieces,” one lost all her friends through an awkward adolescence and found solace in the radio, one was addicted to online video games, one loved anime and manga but she lived out in the un-hip countryside. Then they formed this idol group and now they’re gonna take over the world. Knowing how these groups are constructed it seems highly unlike that any of the above is actually true. Does it matter? Only insofar as it’s all highly relatable and therefore personal, and I don’t need more fictional characters to relate to (that’s what the anime and manga is for.) What’s more, this sounds exactly like the kind of thing I would listen to in my own shunned adolescence. If the prime directive of all idol groups is forming a targeted, personal connection, Dempagumi.inc have knocked it outta the fucking park.

Speaking of anime and manga, no one seems more dedicated to bringing it to life than Kyary Pamyu Pamyu. I wish I could find the post where someone decoded the anime references in Kyary’s videos because it confirmed all of my own suspicions about her aesthetic. Her outfits have always reminded me of the many costumes worn by the eponymous hero in Cardcaptor Sakura and it’s not that hard to imagine Kyary having her own personal Tomoyo except that she appears to play that role for herself. ‘Furisodeshon’ is all about Kyary turning 20, the legal age for drinking in Japan, and as such the video is like the sanitized j-pop version of DZ Deathray’s ‘The Mess Up’. Kyary drinks red wine at a dinner party, gets blitzed on liquor, and starts smoking that funny pipe. What attracted me to this in the first place, though, was the unimpeachable choreography. Kyary does so much with the slightest gestures, captivating with nothing more than precise hand and foot movements. If you’ve seen Perfume’s ‘Spending All My Time’ you know just how effective that can be. Kyary’s second album, Nanda Collection, just came out. She’s making a break for the Western market and her recent shows across America seemed well-attended, and although I think the album is a little weaker than it needs to be, there are a few undeniable bangers on there waiting for English-speaking ears.

I wasn’t so quick to hail Push The Sky Away as a triumph as some of my older compatriots. This is a phenomenal album for the Bad Seeds – all the arrangements are exquisite – but lyrically it’s still an embarrassment, scanning like an old man out of touch with modernity and unaware of such, i.e. exactly what Nick Cave is. Cave’s sexism is laughably old-fashioned, although if Yeezus proved (more like reiterated) anything it’s that critics can wave that off if it’s veiled in a good tune, and the pop culture references are as clumsy and dim as if he’d copped them off a 12-year-old. Dude has a lane and he should stay in it, which is exactly what makes ‘Jubilee Street’ stand out. It’s vintage Cave, noir romance, and the way it swells to its climax is just bliss. Of course he tries to undo all that goodwill with the weird sex dream on ‘Finishing Jubilee Street’ but just put that out of your mind – if the image of Cave’s scrawny ancient ass fucking a pubescent apparition isn’t already scorched in there.

“I’ll admit that I start most of these columns with a kind of nail-biting eyeball-rubbing dread at whatever derivative rock slop I’ll have to endure this week just to get to the good stuff. This week, though, I was granted sweet relief as soon as I heard the opening seconds of TV Colours’ new single. The speaker-destroying gain attack of ‘Beverly’ might seem a throwback to the shitgaze of late last decade, but the vocals are so much more uplifting, and are distorted in such a way they sound shouted through the hallowed/hollowed hallways of some abandoned church, the reverb shaking and threatening to shatter the stained glass lining the walls. The thing’s so fucking overdriven it’s no wonder the current incarnation of the band includes members of Assassins 88, Danger Beach and The Fighting League, all very good, very loud bands in and of themselves. ‘Beverly’ is total emotional obliteration. Turn up, switch off, cry, cry, cry.”

MC, Dirk, and Sweetie, a Sydney trio I’ll frequently hold up as evidence that Australian indie isn’t safe nor boring nor dead even when it appears in such a familiar frame. You’re the one that I want and you better listen up. C’mere, boy, girl, whatever you identify as, we’re not done yet. Helps that Bloods’ whole aesthetic is so in step with the times. Cats, pizza, and chunky riffs. It’s pop music! This one’s for the lovers who’ve forgotten how to love.

The other day I was saying on Facebook that, “I’m over all that dolewave shit. I can only take so much of listening to suburban babies play music as prosaic as their problems”. Australian slacker-pop has run its course. I’ve got a message sitting on my phone I should’ve responded to days ago telling me to call Centrelink immediately. The jig is up and I’m in some debt for sure so the welfare office has come a-knockin’. I don’t wanna be reminded of that shit. Having said that, all tired trends produce their transcendent idols and Courtney Barnett is one of a kind. Paul Kelly’s successor? Paul Kelly never wrote a line as good as “The paramedic thinks I’m clever cos I play the guitar/I think she’s clever cos she stops people dying”, nor “I take a hit from an asthma puffer/I do it wrong/I was never good at smoking bongs”.

Before their break up, My Chemical Romance were the greatest rock band of the aughts and beyond. Fuck your Strokes, Hives, Vines, White Stripes, Black Keys, all of them – MCR had ’em beat. Part of it was, like Fall Out Boy, they straddled a line between pop and arena rock, and although a true rockist wouldn’t be caught dead with Three Cheers For Sweet Revenge in between all their Pavement records, that was a matter of image, not sonic distance. ‘Make Room!!!!’ comes from Conventional Weapons, a compilation of tracks recorded prior to their final record. As such they’re far more Danger Days than Black Parade, so if it’s the goth-y makeup what put you off, you don’t have to feel so threatened anymore.