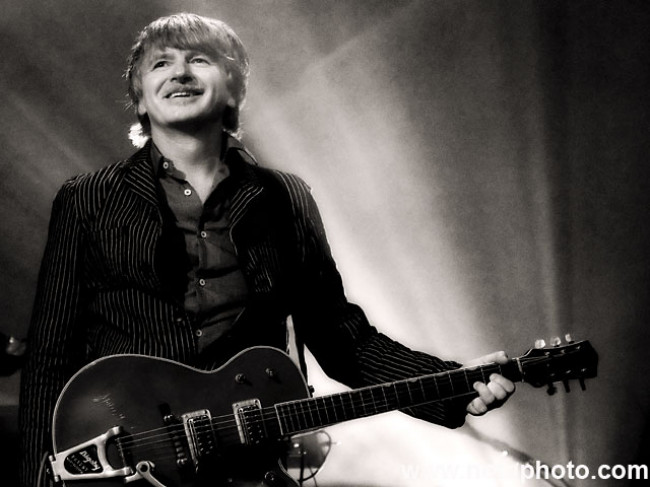 A few weeks ago the list of the 100 Best Australia Albums, as determined by music journalists Toby Creswell and Craig Mathieson, together with music industry executive and ex-journalist John O’Donnell, was published, a precursor to the mandatory book and CD set. I’m surprised no one else has posted something more comprehensive on Collapse Board about what’s been included, what hasn’t been included and what’s above what (although Sarah Blasko’s As Day Follows Night higher than The Saints’ I’m Stranded. Seriously? Bernard Fanning, The Presets, Bliss N Eso, Jet, The Vines, Missy Higgins, Bob Evans, The Living End, Empire Of The Sun even making it into a ‘best’ 100 albums list?) but for me, as an outsider, the interest every time one of these lists gets published is what and who Australians consider to be Australian.

Firstly, the album deemed to be the 22nd best Australian album ever made is True Colours by Split Enz. No matter how hard anyone wants to argue, Split Enz are a New Zealand band. I’m sure someone, possibly whoever decided that they would make the list, would come back with the fact that the album was recorded in Melbourne. This may be true but by the same argument would then make the sizeable chunk of the albums not recorded in Australia ineligible from being included.

Born out of the ashes of Split Enz were Crowded House, a band featuring a couple of times in the 100 ‘best’ ‘Australian’ albums, with Woodface at #3, Temple Of The Low Men at #71. Before moving to Australia I never knew they were an Australian band, as in the UK they’ve always been considered a New Zealand band. But, but, but. They have Australians in the band, they formed in Australia, they recorded in Australia. All of that is true but forgets that without the Kiwi guy that writes most of the songs they wouldn’t have got far and the Australian drummer was in the band largely as a result of having played in the final incarnation of Split Enz. And the latter album had both Kiwi Finn brothers on it, due in no large part to Capitol Records rejecting most of the songs initially written for the album and the band using songs that had originally been written for a Finn Brothers album and which didn’t involve the two Australians in the band.

Over the years nothing much has changed for the Status Quo it’s OK to like, AC/DC, who make it to #2 on the list with their 1980 Back In Black album. It’s not only the songs that remain the same but also the general make-up of the band. The original line-up included the two Scottish Young Brothers, Welsh singer Dave Evans, American bassist Larry Van Kriedt and the token Australian in the form of drummer Colin Burgess. More than 35 years on, the band still have a single Australian, drummer Phil Rudd (who lives in New Zealand to complicate matters). But I guess that’s one more Australian than they had for the best part of a decade between the mid-80s and mid-90s when the drum stool was occupied first by Mancunian Simon Wright and then by the Welsh Chris Slade. No one in the UK would seriously argue that Fleetwood Mac are an English blues band, despite their roots; it’s about time Australians accepted that AC/DC are not an Australian band. And don’t talk to me about Bon Scott. Born in Fofar, nick-named after ‘Bonnie’ Scotland, learnt how to play drums in a Scots pipe band and so Australian that he had a ‘Scotland Forever’ tattoo; no Southern Cross tattoo for him.

To anyone in the UK, you might be interested in finding out that, despite coming from the Isle of Man and initially living in Manchester, the eight years that the Gibb brothers spent in Australia after their parents emigrated and the fact that the first record contract they had was with an Australian label who then released their first two albums, makes the Bee Gees true blue, fair dinkum Aussies. Queenslanders even, they’ve got a plaque on the Walk of Fame in Brunswick Street Mall. And based on this, the people who came up with the list decided that the Best of Bee Gees compilation, their first, based on songs from those first two albums was the 16th best Australian album of all times.

Having got this far through writing this post, I came across an interview in Time Off where co-author of the list/book John O’Donnell was asked about inclusion of non-Australian acts in the list of ‘best’ ‘Australian’ albums.

What sort of quandaries did you come up against on whether or not Kiwi-born acts could be included?
We didn’t find that one particularly difficult. We said the artist had to be Australian, they had to have their homebase, their creative and career base in Australia. Split Enz’s very early albums, which were conceived, written and recorded in New Zealand didn’t fit, but they albums they wrote and made while they were based in Australia (like True Colours) were eligible. Crowded House were, in their first five to seven years, absolutely Australian – they had two Australian-born members and one NZ-born member. They lived in Melbourne and recorded much of Woodface there…

So that’s ok then, it’s all been cleared up. That is until you start using the same rationale against other albums in the list.

It’s even more of a reason for Back In Black to be excluded; AC/DC’s homebase at the time was the UK and the album was recorded in the Bahamas and New York.

Then you’ve got Nick Cave and The Bad Seeds’ Tender Prey which makes the list at #83. The album was recorded during Nick Cave’s Berlin period at the city’s famous Hansa Studios, with two Germans in the band, Blixa Bargeld and Roland Wolf (plus the Swiss Thomas Wylder and the American Kid Congo Powers). Using exactly the same logic that makes Woodface an Australian album, Tender Prey is a German album. Nick Cave also makes the list at #26 with The Boatman’s Call, an album that features a larger Australian-born contingent than that involved in Tender Prey but which dates from Cave’s London period, was obviously heavily influenced by his time in the English capital (‘Brompton Oratory’ anyone?) and was recorded mainly at Abbey Road studios. If the Bee Gees get to be counted as Australian, should that make The Boatman’s Call an English album?

Should we even mention Kylie Minogue’s Fever, which scrapes into the list at #98? Most of the creativity involved in the songs wasn’t even hers, it was recorded in the UK and, as with Nick Cave, when was the last time she was seriously based in Australia anyway?

Wherever you stand on ‘lists’, that someone decided to put together a list of the best Australian albums, and establish a canon of the country’s music is no bad thing, whether it be just as a starting point, something for discussion between diehard music fans and especially for anyone not familiar with the music outside of a limited number of bands who have had far ranging success away from Australia. Any list is going to court controversy and discussion about who has been included/excluded and why is Album X listed higher than Album Y, but the writers behind this list have really opened themselves up to justified criticism, verging on ridicule, by using a variety of contradicting rules to establish nationality. But then this is the country whose music industry recently shortlisted ex-Westlife and very Irish singer Brian McFadden for the Most Popular Australian Single award for this year’s ARIAs and also initially for Best Newcomer, before backtracking on that idea.

It should stand as a warning to all non-Australian artists coming for a visit; don’t stop for too long otherwise they’ll be sticking a little flag in you and claiming you as their own.