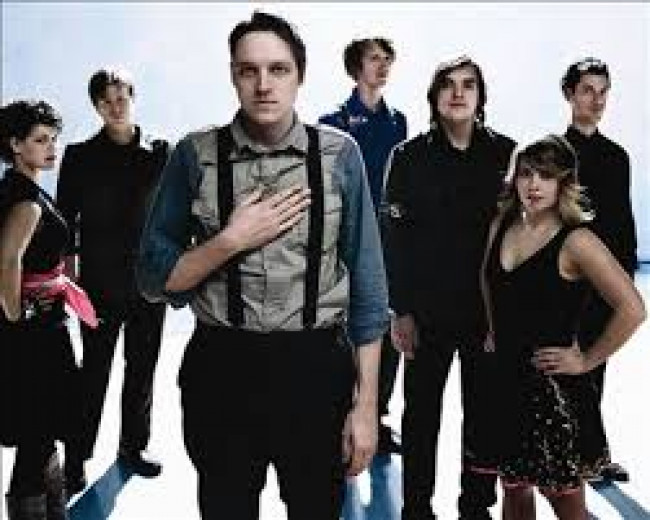 Thought I’d collect it all together for you. Suggestions always welcome.

Why did the music fan cross the road? TO GET AWAY FROM THE ARCADE FIRE CONCERT

Rejoice! Be happy! Set light to a Tory! Celebrate your very existence! For today is international PLAY NO ARCADE FIRE day. Please RT

What do you call an Arcade Fire fan who likes music? A masochist.

Q. How many Arcade Fire fans does it take to change a lightbulb? A. That’s just not funny.

What’s the difference between U2 and Arcade Fire? Fucked if I can tell.

What time is it when a new Arcade Fire song appears? Time to get off the fucking fence. ARCADE FIRE ARE BORING SHITE

What type of rifle do Arcade Fire fans prefer? A small bore.

How do you confuse an Arcade Fire fan? Play them some interesting music.

“It’s a lot easier to get smaller,” say Arcade Fire to The Guardian. Well, a start would be to FUCKING SPLIT UP

“It’s a lot easier to get smaller,” say Arcade Fire to The Guardian. I agree. It’s gotta be a strain being THAT BLAND

“It’s a lot easier to get smaller,” say Arcade Fire to The Guardian. Yeah. Start by reducing the size of THOSE EGOS

“It’s a lot easier to get smaller,” say Arcade Fire to The Guardian. Yep. Start making some DECENT RECORDS

Why did Arcade Fire cross the road? ANYTHING TO SELL A FEW MORE FUCKING RECORDS

What do you call a rock band that doesn’t rock? Arcade Fire.

What’s the difference between an Arcade Fire fan and someone who says they don’t like music? Self-awareness.

So is ‘The Suburbs’ an authentic reflection of the US and Canadian suburbs? As boring as all hell.

What do you feed an Arcade Fire fan at a dinner party? Doesn’t matter. They’ve got no taste.

Arcade Fire won Album of the Year at the Grammys? Wow. There’s validation for you. A music award from a bunch of people who don’t like music

Arcade Fire win a Grammy – the end of @pitchforkmedia as a plausible critical source?

Arcade Fire won album of the year. There is a GOD … and She’s in the pocket of corporate America, same as everyone else

ah well. at least it’ll stop those ‘indie’ rock musicians from being able to pretend they’re in the remotest bit ‘alternative’….

Weird how the Grammys didn’t matter yesterday to the indie kids. And now they do. Fucking wannabe corporate cock suckers

@all_ages where’s the blip? they’ve given the award to this year’s Coldplay. Plus ca change.

Arcade Fire – the Coldplay it’s still not OK to like.

Yep. Arcade Fire are a gateway band for kids. A gateway to boredom.

13 Responses to that Arcade Fire Twitter rage in full