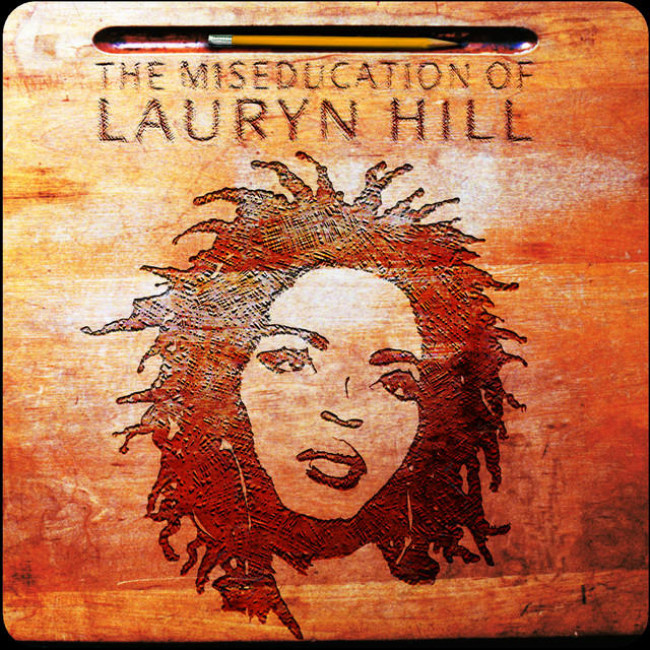 Look, I know the article’s probably meant to be bullshit and I’m a sucker for clicking on it in the first place (and for what it’s worth I held out a full day before curiosity got the better of me), but everything about this article stinks.

And I know that in some ways I’m just skimming off the article’s reach, that I’m barnacle-izing my own ideas onto a more-popular meme, and in doing so pepetuating (in part) all the gross journalistic strategies of web 2.0 (or 3.0, or 2.2, or 6.9) that brought it into existence.

But everything about The Guardian’s recent article ‘Is Jagged Little Pill the most feminist album of the 90’s’ (click at your peril) makes me ill on so many levels. It makes me sad. It makes me angry. And I think it needs to be talked about.

For one thing the article doesn’t engage with, or even attempt to answer its own question. The word ‘feminism’ isn’t mentioned in the article by anyone—not the writer, not the four artists she interviewed to talk about the album. And the artists, it probably goes w/o saying, are all female. Which only reinforces the tired & sexist idea that women are only influenced by other women, and by extension the idea that men are only influenced by other men.

And none of the four artists come off well here. One actually says, “At the time, she was just this woman – not this girl – she was this woman playing electric guitar…” But Morissette didn’t play guitar on that album, or on any of the TV performances I saw around that time, so what is she talking about. Two other artists compare the Spice Girls unfavorably to Alanis Morissette, which sends my s/o into paroxysms of Adorno-spouting irritation about the culture industry and how the false choices it offers us aren’t actual choices at all but reinforce the dominant strains of capitalism/consumerism etc.

Or to put it more simply, there’s so little difference between Alanis Morissette and the Spice Girls (or Oasis, or Pulp, or Metallica) that placing one as the opposite of the other is silly. In fact, you can probably make a better case for the Spice Girls as feminists since they at least said the words ‘girl power’. Jagged Little Pill only qualifies as feminist in the “it’s always political when a voice that is ordinarily marginalized expresses itself freely & honestly” sense, but that’s where the politics & the feminism of JLP (and, coincidentally enough, the artists interviewed) begins & ends.

Look, I live in a country where last week a federal court in Texas upheld severe restrictions on women’s right to an abortion. Women’s access to abortion here is dismal at best and getting worse all the time. Nearly half a million women live at least 150 miles away from an abortion clinic, to say nothing of the cost, to say nothing of the stigma of abortion, to say nothing of unequal pay for equal work, the lack of paid family leave, the prevelance of abstinence-only education in our schools, sexual double standards, the near-impossibility of prosecuting rape, and so on, and etc.

And Jagged Little Pill, for all its good qualities, addressed none of these things.

Now I want to be clear, I’m not saying Alanis Morissette isn’t a feminist, or that JLP isn’t a feminist album. I’m saying that an article like the one The Guardian ran this week does a disservice to feminism and female artists, for a number of reasons but mainly because it continues a trend in pop music by both journalists & artists that seeks to define feminism as narrowly and safely and comfortably as possible—self-empowerment, equal opportunity to make money, and that’s about it—because to define it more broadly might be controversial, and might hurt record sales, or cause controversy. And while T. Swift saying she’s a feminist is a better thing for everyone than K. Perry saying she’s not, I really hope I’m not reading an article 20 years from now (in the fucking Guardian of all places—with left-wing friends like these who needs conservative enemies) asking if 1989 was the most feminist album of the twenty-teens.

Just because someone isn’t the enemy, that doesn’t make them your friend.

So as an antidote, to wash that awful taste out of my mouth, here’s a very brief and off the top of my head list of 10 albums that are more feminist than JLP (defining my terms: a  feminist album contains songs that “acknowledge or champion female rights” in their music).

In no particular order:

The sound of women celebrating their empowerment, the choices they’ve made, the respect they’re given b/c they demand nothing less. Sung in a spirit of sisterhood & support.

A litany of brilliant women, positive role models, each one deserving of a poster on your wall if not a statue in your town square.

Ani DiFranco – Not a Pretty Girl

A couple of days ago I made a joke that Alanis is the million that Ani DiFranco never made. It’s a dumb joke (I doubt Ani DiFranco gives a shit, and she did pretty well for herself in the 90s w/o having to give anything up in the process), but it’s appropriate. Listen to this song from DiFranco’s sixth album and tell me Alanis’ singing on JLP doesn’t sound like a straight-up impersonation in its phrasing, its delivery, even the way it sounds like she’s thinking as she sings.

Seems to go right past most people that this song is more sad than titillating, more self-loathing than sexy. Goes further into the personal than JLP, which, it needs to be noted, did not exactly come out of nowhere. Not sure how it went down in other countries, but in the US JLP broke on alternative radio (Flea played bass on ‘You Oughta Know’; Dave Navarro of Jane’s Addiction & RHCP played guitar) before it went mainstream, because alt-radio had been playing angry women (angrier) for the past three years.

Songs about exposed female genitals, men’s fear of women’s breasts, the sociopolitical/physical effects of wearing a dress. And that’s just the two singles. Another artist who predates JLP.

Don’t call Missy Elliott a bitch. Don’t call her anything other than a goddess. Her music still sounds like it’s being beamed in from the future.

Body image and beauty standards, the way the external eye affects the internal mind, the power of the male gaze to intoxicate & destroy. ‘No Scrubs’ was on this album too.

Hole – Live Through This

Remember her this way. For ‘Violet’. For ‘Asking For It’. But I’m posting ‘Plump’ b/c of the line “I don’t do the dishes/I throw them in the crib”. One of the weirdest things about that JLP article is everyone talking about how the anger on it was such a revelation coming from a woman. Live Through This album came out two years earlier and was all over MTV/Rolling Stone/etc (as was PJ Harvey’s Rid of Me) and was unavoidable if you listened to music. But yeah, your two choices in the mid-90s were Spice Girls or Alanis Morissette.

Released in Sept. 1989 but most people heard it in the 90s and throughout the 90s so fuck it. Fugazi ran through that decade the male yin to Ani DiFranco’s female yang. Both ran their own labels (controlling the means of production), turned down countless blank checks from the music industry, and wrote some of the strongest and most righteous (but rarely self-righteous) political songs of their time. ‘Suggestion’ is one of the great feminist anthems ever written.

And there’s Tori Amos. And there’s L7. And there’s Elastica. And there’s Lauryn Hill (I’m putting the picture from her album at the top, as repentance). And there’s Heavens To Betsy. And there’s singles from around that time, even mainstream stuff like Dixie Chicks ‘Goodbye Earl’, or Shania Twain ‘Man I Feel Like a Woman’. Look, Jagged Little Pill’s a fine album. I’ve got no problem with it. And like I said, you can call it feminist if you want to and you won’t be wrong. But don’t call it the most feminist. And don’t forget to talk about feminism in your goddamn article. There’s a world at stake. And the rights of women are a hell of a lot more important than pop music and the silly chatter that usually surrounds it. That article is consumerist marketplace death dressed up in political clothes, and both feminism and music deserve more respect. Please post some other examples in the comments below.