Swans – To Be Kind (Young God) 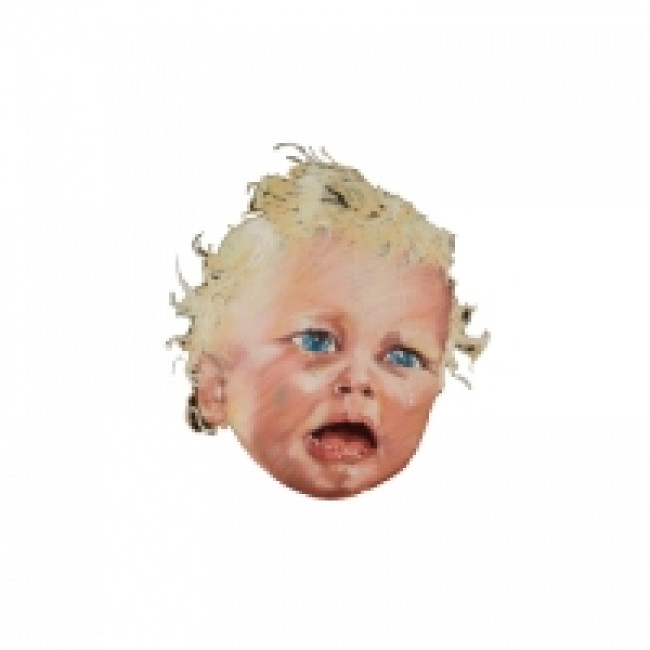 To Be Kind is an album that refuses to die. It should, and it ought to, and humanity would be better off if it did, but alas the hulking mass of instruments assembled under Michael Gira’s beck and call stumble on and on, tripping over fibers of the time-space continuum as they do, and as a result implode the universe at least a dozen times over the course of two hours.

Now, I cannot deny the following observations, which no doubt have been made in regards to this album:

A} In spite of the sledgehammer abyssal blackness that Swans are most known for, and which is still MASSIVE here, there is no doubt a reserved, mature beauty to this album. Not a butterfly sort of beauty, but of cold, cold one million years old dried clay enshrined behind glass in a museum in a chamber set to a very specific temperature for preservation purposes. Think 4AD-ish in many many ways, and in the classical Dead Can Dance sense, from chilly piano features (“Screen Shot”) to gossamer harpsichords (a lengthy intro segment of “Nathalie Neal”, replete with fluttering mandolins).

B} Gira is no doubt a snake charmer-esque master of his own vocal chords, able to switch on and off between doom-laden crooner, flat-out Robert Plant macho-ism (see “Just A Little Boy, at around 6:20 – “I need LOOOOOOOOOOOVE”), Middle Eastern rabbi (“She Loves Us”, especially) and crazed psychopath (see almost everywhere else, but especially at times like “Oxygen” around 7:10 where the track collapses in on itself, as many tracks do on To Be Kind). I dig this kind of instability. Kinda major redeeming factor of the album.

However, about a quarter of the way in, the listener staggers deep into the heart of the black forest of “Bring the Sun/Toussaint L’Ouverture”, a 30+ wankfest of exotic tonalities, black voids, eruptive chaos, and other stuff. You could listen to it – or you could read this play-by-play description and have a feel of the thing in 1/6 the time:

• Intro. Assassins attempt to sneak into the clearing, but they’re not that stealthy:
• 00:24 – HELLO WE ARE HERE TO DESTROY YOU
• [One-note guitar sledge hammers again and again for two whole minutes – we coulda had a whole punk song here, but noooooo.]
• 3:36 – Gira begins ancient tribal ritual.
• 4:17 – ducks out after a few moans for a smoke. Low-key incense burning follows.
• 5:17 – Ceremony begins again. Ceremonial cymbal keeps time. No dancing in a circle yet. But several light up pipes.
• 7:50 – Now the ceremonial marching snare of the west is brought out.
• 9:20 – The chant to summon the sun commences. Fires are lit, spears raised toward the heavens.
• 11:17 – Gira’s blood is really boiling now. It always does, before his ultimate transformation into a soul-consuming demon (note – which NEVER HAPPENS).
• 11:50 – The ceremony approaches its peak. Spears wave up and down in furious salute.
• 12:50 – Natives now losing tempo. Whirlwinds of dirt kicked up into the air. Rocks flying across the crowds. Sweat drenches bodies.
• 14:27 – Everyone dissolves into ash.
• 14:50 – The hulking spirit of the sun wrenches itself from the flames.
• 15:01 – harpsichord scramble – the frantic sounds of bones crawling away from the ashy ruins
• 17:45 – Hey, who let the horse in?
• 19:15 – and now begins the destruction of the earth – soil is ripped out from under our feets – chaos and the void captured best HERE
• 20:25 – destruction tapers off – whistles begin; creeping bass starts anew; regeneration of life
• 22:17 – Gira sounds like Frank Black here, tee hee.
• 27:56 – Much of the same, but Gira rolls some Rs. Worth waking up for.
• 30:21 – still much of the same thing, but the cymbal action kicks into high gear. The track is finally ready to implode on itself again.
• 30:40 – The last semblance of melody in the world vanishes. (or – shit gets crazy).
• 31:40 – the track/necrotic usurper of Earth should die here, but instead crawls back from its ash heap and has another epileptic fit. (FINISH HIM!)
• 33:15 – The track finally dies. The “thud” it makes when it hits the floor echoes for another minute.

All the 10+ minute songs on To Be Kind follow this kind of trajectory. Yes, really. No need to hide behind purply prose here – Swans dwell in the old world, and the old world is dead, baby. Oh, and entirely away from females, too. The feminine aspect is barred from To Be Kind. “Some Things We Do” is simply a string of verbs, which finally zeroes in on “we love” and “we fuck” because clearly that’s the center of existence for dicks, innit? Likewise, the big climax (ha ha) of “She Loves Us” is “YOUR NAME IS FUCK”. Maybe that’s what all this heavy-handed gut-wrenching guitar pump repetition is really all about – not about collapsing the universe, but simply IN and OUT and IN and OUT until –

5 Responses to Swans – To Be Kind (Young God)