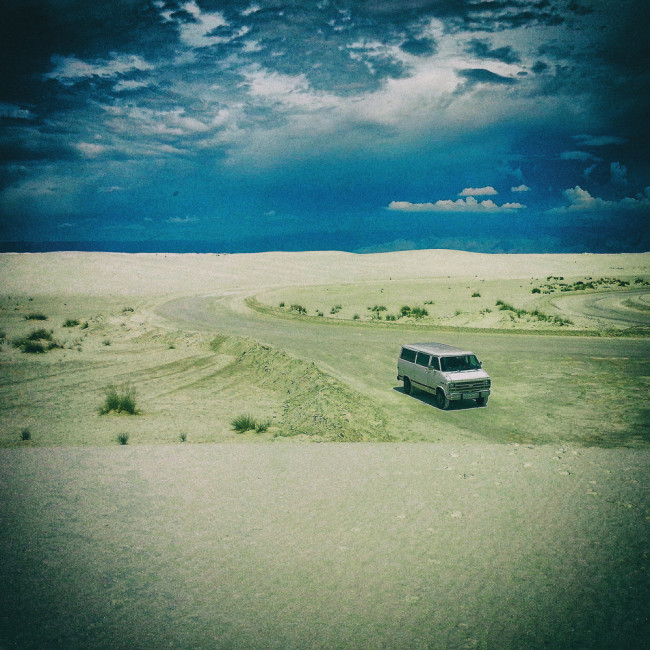 So. Wanna feel the ground squirm under your feet like a thousand worms? Wanna feel your mind melt ever so slowly into tie-dye colored goop? Wanna feel NOTHING?

GOD FUCK. Think the sheer metal alien attack of Chrome, fused with steamrolling kraut beats, and Flipper’s absolute denial of EVERYTHING except life itself (and ironic handclaps). Imagine guitars that lurch forward like drunks. Picture a barren field, a burning junk heap, and three pyromaniacs bored out of their minds. Usually a song emerges from this, sometimes it doesn’t – “I Hate Your Paintings” is pure rubber stench, smoke coiling higher, sticks poking and prodding to ensure the whole pile of trash falls into the flames.

Of course, the one I come back to over and over is the most Chrome one, “Day of the Rope” – with the exhaust pipe Suicide rhythm, the murky Cabaret Voltaire skyline, the massive chorus and the squealing keys. It’s truly a nightmare – because when you look back, nothing makes sense. As they say, it’s taking bottles to get more bottles, which is on par with Total Control’s taking pills to remember to take pills to forget – a constant state of intoxication, desperate stabs to kill yr anxiety that only fray your nerves even more.

“There’s no middle relief, maaan,” Spray Paint insist on the doomy closer. “It’s buried in the F.” Where’s the F? Well, if we knew that, we wouldn’t have a song, would we? What thrills me is my sheer inability to define the F, to acknowledge the F as nothing more than a pure abstract plane, which means that perhaps no one will ever find middle relief. At any rate, the excellent non sequitur “PAY YOUR RENT, MOTHERFUCKER” always makes me giggle.

As the album careens on, some methods of madness are recycled from the scrap heap one too many times. But the enmeshed listener doesn’t mind – the onslaught of distortion presses down like a heat wave, blurring sight and confounding thought. And see, all natural systems evolve toward disorder – ”the infrastructure is rotting” on “Yoopy D.B”, “your memory is giving” on “Day of the Rope”. Entropy happens every day, in the most ordinary ways – like when ice melts into water – but Spray Paint magnify that mundane shuffle into a terrifying new world of rusted edges and unstable earth. And I can’t get enough of it.