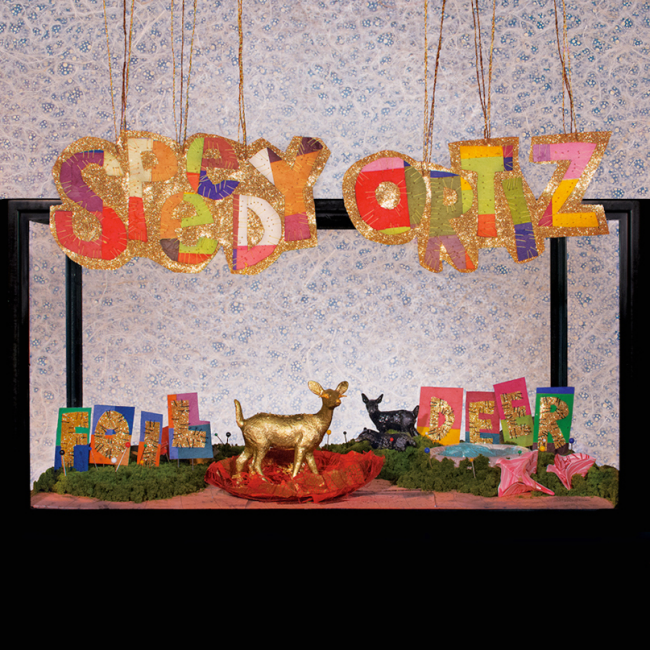 Around about this time last year, the internet was busy picking pixels out of Facebook’s COO Sheryl Sandberg’s Ban Bossy campaign: those of us empowered by the sentiment and those of us who consider it all mere semantics. So whilst Speedy Ortiz frontwoman and guitarist, Sadie Dupuis drove round Connecticut last summer, guitar flung across the back seat only stopping to strum on her six string in the mottled sun of the woodland tree shade, she clearly had Lady Bey’s mantra on the mind.

Kiss-off single ‘Raising the Skate’ bounds in off the back of dreamy opener ‘Good Neck’, all toppling drums and roaming guitar riffs as Dupuis doffs her hat to Sandberg and thrusts a fist to those boardroom bullies: “I’m not bossy, I’m the boss / Shooter, not the shot…I’m Chief, not the overthrown / Captain, not the croonie”. And the sheen of the glass ceiling doesn’t stop there. Artfully tackling the culture fantasy of the victimised woman in the beautifully brooding ‘My Dead Girl’, she soothes: “Now I’m your bad girl, you want it?”. With similarly haunting undertones, ‘Dot X’ brews up a cinematic underworld with its winding guitar swathes and scathing undercurrents: “Don’t ever touch my blade, you fool. You’ll be cursed”.

Whilst the band might often be bracketed alongside wonky grunge greats, Pavement (not surprising when you consider Dupuis’ time in ingeniously titled cover band Babement) Foil Deer is really an exercise in the bon mot. Recent raconteurs Katie Crutchfield and Courtney Barnett might be bandied about in the same lyrical praise, but it’s those chart topping urbanites that have wooed our Dupuis and produced a record that’s part sweet nostalgia and part glorious wordplay.

Call it bossing it, call her the boss; Speedy Ortiz have bagged both.