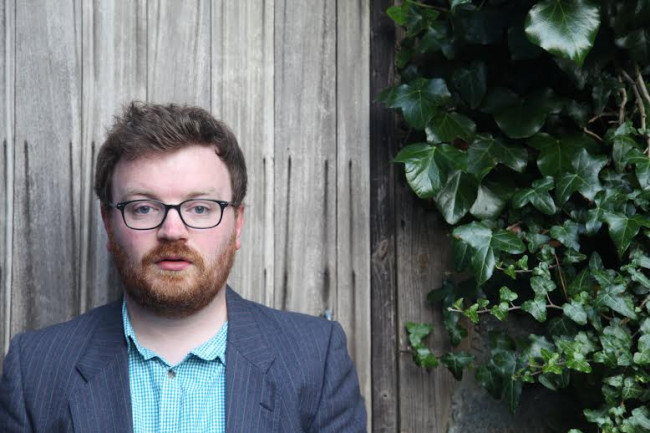 Ah-ha! It’s just as I suspected.

I have this habit of trying to imagine songwriters through their lyrics – and especially in the car, where this side compartment in my imagination works on overdrive. Thus – there’s this one guy Brian Kelly, and he’s got this band So Cow, except in this case it isn’t a band, so for the sake of this post, So Cow is Brian Kelly. And I’ve been listening to his last album in the car, and all these images come to mind, that remind me of my myself, really – of holing oneself away at home, staring inside the fridge at the scant choice of leftovers; of clamming up near someone of the opposite sex, making small talk to smother the real feelings you’ve bottled up; of leering sideways at rich kids and world travelers and anyone who seems too well-adjusted in public. And I’m thinking – apart from thinking, mind, of the Buzzcocks, but fronted instead by Calvin Johnson, and how fantastic that sounds – that this Kelly must be an OK guy, the kind I could feel relaxed around.

So then there’s this video. I’m rather pleased to see that he’s driving, too, but even more pleased to see that, really, “Asleep on the Bus” is just about that nagging doubt one gets as soon as they’ve left their comfort zone. “People usually realize after a few months that they’ve made an awful decision,” said Kelly. “I tend to realize within seconds, which is both useful and upsetting. It’s about the fact you shouldn’t have left and/or the fact you should have left sooner. It’s partly about the first time I went to the US to play shows in 2008, and the realization that I was so far out of my depth, and having to just get through it.”

See? I knew all along. Upstanding guy.

So Cow’s fifth album, Lisa Marie Airplane Tour, is out now on Jigsaw Records, in all kinds of formats. Take yr pick (or just listen in) here.