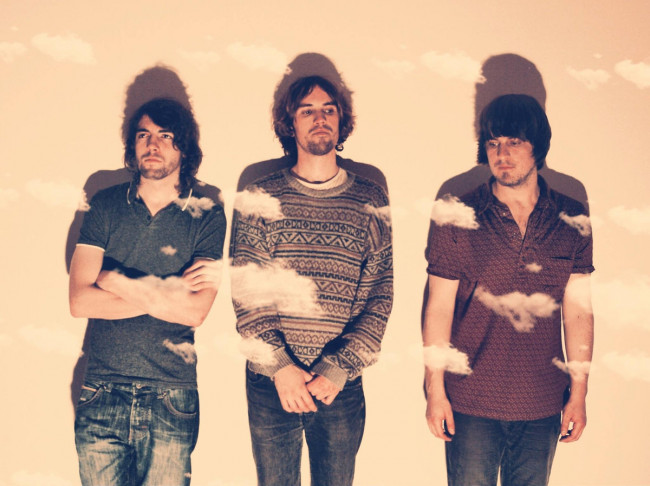 There seems to be this revival of the 90’s right now, and the new single “Amcanu” by Castles (which is actually CaStLeS, but that’s way too much work to type) might be one of freshest takes on that era. I’m hearing traces of the krautrock of Can and Neu! (both had reissues in the 90’s and were on the tips of every hip band’s tongue as far as influences go), a bit of the Madchester dance vibes of the Stone Roses doing their best update on the summer of love. The vocals are all in Welsh, which brings to mind Super Furry Animals, which brings me to their psychedelic 90’s label mates Olivia Tremor Control, who were also obsessed with 60’s pop and experimentation. I’m not sure what they are singing but there is a very positive feel to the song. It’s like a Bizarro World version or an upside down opposite day Clinic.

There is this great bass groove, shakers, an eerie keyboard floating just on the surface, and a breathy vocal that lets go of the paranoia and pressure and becomes light and airy. I’ve been enjoying this band so much I finally went to search out photos, just hoping they didn’t pop up wearing dashikis or face paint or some other cultural appropriation; and thankfully, they’re just regular folks in regular clothes making danceable psychedelic rock. Looking forward to a full length, and they better make it like the 90’s and 70 minutes long (cause you could put over 70 minutes on a CD so why not fill it up). For now though I’ll be happy with this song of the day on repeat.

Castles’ next LP comes out November 4. Check out their other grooves on Bandcamp or Soundcloud.