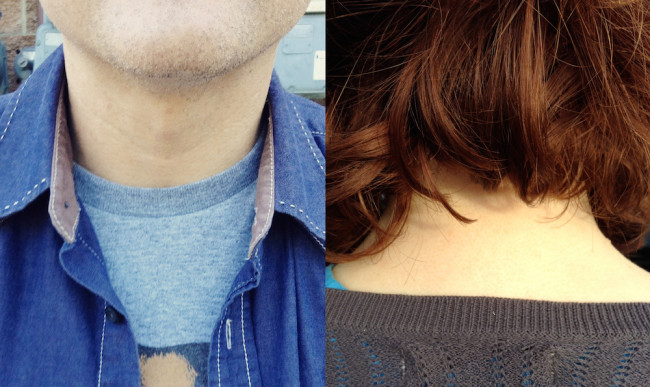 “Dad, why are all the songs on the radio about love?” I remember asking my dad this in our basement twenty years ago, back when the only songs I knew were golden oldies from the Supremes and Elvis and moptop-y Beatles. Even my six-year old self was bored of the heterosexual narrative, that constant refrain about boys who love girls who break the hearts of men who hate girls (or variations thereof). Once I grew into classic rock, I simply had to deal with it – although prog rock held its sway, not just for its higher plane of organs and gongs, but also for its loftier subject matter (armadillo aliens! Pirates! Existentialist travels summarized by clever acronyms!).

As I’m now in thrall to other spheres of music, the heterosexual narrative no longer looms so large. But songs that buck against it still thrill me – pop music lyrics haven’t really changed that much in sixty years, after all. And Blue Jeans do just that, playfully knocking at the boy-loves-girl story with the same sunny structure of those golden oldies.

“Clean Break” is the regular “he did you wrong, I’ll do you better” sort of tale, one of several that indie pop vet Tim Sender (formerly of Veronica Lake) peppers into Songs Are Easy. But here the wronged lady faces the open arms – ”I would never ever treat you that way” – of another woman, Sendra’s sidekick Heather Phares (both formerly of the Santa Monica Swim and Dive Club). You could read the lyrics as a sly Lesbian love song, but the bouncy little shuffle bears no ill will; Blue Jeans cite Buddy Holly as one of their muses, and here they sound just as earnest and coy. In the end, whether Phares offers sisterly love or benign affection doesn’t matter – “Clean Break” remains the same splash of watermelon sweetness.

Now, I’m not saying that “Clean Break” turns a new page in songwriting. But I have been thinking, that this new wave of feminism can’t sustain itself if every woman only seeks out her own independence. We have to embrace each other, too, and aid each other in our common goals. Lofty, I know. I’m still workin’ on it meself. But songs like this remind us gently how it can be done.