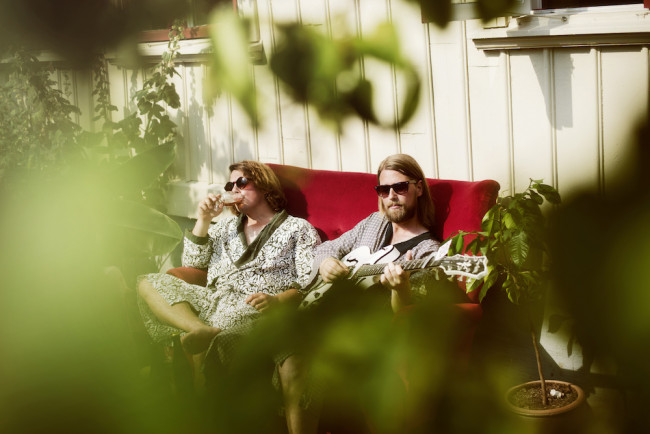 Well, here we are again. Another year, another lush EP for running through cornfields barefoot, another suggestion that Gothenburg might float on a cloud high and away from the tumultuous river of now.

I’m not about to renounce any of my thoughts on how music needs to keep moving forward, that musicians need to challenge themselves – and, by extension their audience. That still stands. But, once again, Animal Daydream capture that wide-eyed innocence and golden Crosby, Stills and Nash harmony with a will, stoutly resisting the smug irony that infects even the most backwards garage band.

It’s funny – the trippy little whoosh that opens “In Your Room” reminds me of how prog bands like Yes and Emerson, Lake, and Palmer explored new sonic passages in recording, cascading down organs and sailing the seven seas with timpanis. And how weird, that the kids who harbor nostalgia for the eras they’ve never lived in (read – Young Guv, White Reaper) decide instead to scale back on production, flattening their voices into non-existence. That sets Animal Daydream in some weird hiccup in time, at once dated but still reaching upwards anyway. It’s a beautiful fantasy, a pristine forest preserved for everyone to enjoy, rather than the ego-bruised reproduction of, say, DIY punk strictly for the underground.

Yup. Another flawless hit for the Swedish duo. World peace might be outside their power, but they could soothe plenty of troubled minds if they could just cobble that album together. Keep dreaming, guys.

Animal Daydream’s second EP, Citrus, is out now on Jigsaw. Get yours here.