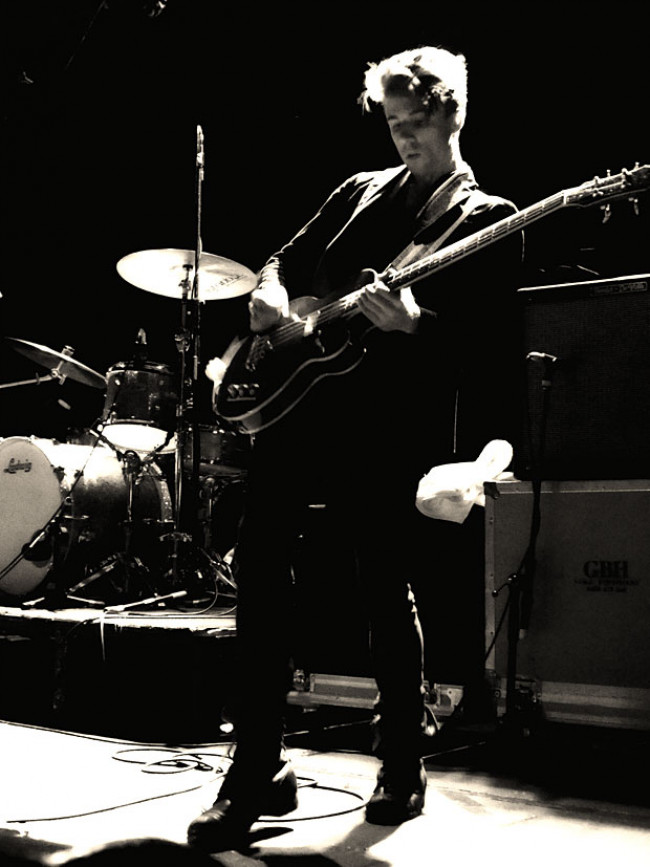 I think I can blame Drowned In Sound’s Sean Adams for pointing me in the direction of School of Seven Bells. If my memory serves me right, I think it also probably helped that this was at the same time as they had announced a Brisbane show, that I subsequently put in to photograph.

It was the start of a beautiful relationship of much played albums and wonderful live shows, including that time at ATP’s All Tomorrow’s Parties when they had the unenviable task of playing after my bloody valentine’s third and final show of the weekend, but outshone the festival’s curators and main headlining act.

They were also the last band I photographed for Rave before Brisbane’s best weekly music publication closed and my photo from the night was the last to be published on the Live Reviews page.

Heartbreakingly SVIIB’s Benjamin Curtis died from T-cell Lymphoblastic Lymphoma on December 29, 2013. He was 35.

The band will release their final album, completed prior to Curtis’s illness, on 12 February 2016. The first song, ‘Open Your Eyes’ was released this week.

One surprising omission from the tracklisting for the new album is the already released cover of Joey Ramone’s ‘I Got Knocked Down (But I’ll Get Up)’, a song Ramone had written when he was dying from Lymphoma himself. Recorded in its entirety on his laptop from his hospital bed in NYC, it was Curtis’s final recording before passing away.

As Curtis’ bandmate, Alejandra Deheza said in the press release at the time:

Benjamin had been talking about the song a lot, and then he just decided he was going to do it. We couldn’t record vocals in the hospital, so he actually face-timed with me and his brother while we recorded vocals in the studio. He spearheaded the whole thing on face time, would even tell us which knobs to turn and listen to levels etc. We’d even see nurses in the background from time to time! It was really amazing. But that was Benjamin, and producing was what he did. It was therapeutic and took his mind off being really sick. This song was really important to him and I’m happy we were able to record it.

While the new song probably should be Song Of The Day, after all that’s how these things normally work, this older song deserves it more.