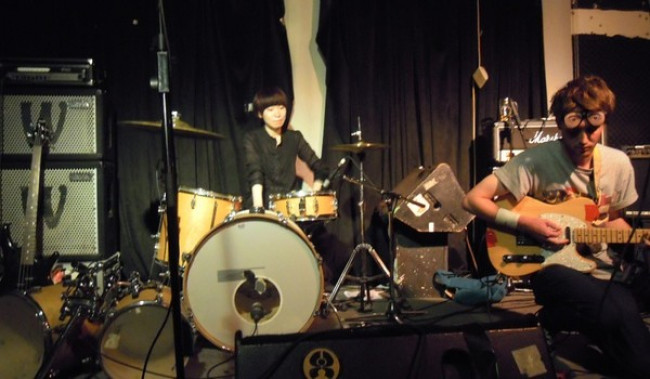 So I posted that Cloud Nothings review. I’d been cracking away at it for a while, dissecting and inspecting and selecting, trying to figure out what’s missing. ‘Cos something’s missing. I know it ain’t the album of the year. If so, then rock and roll has clearly reached its expiration date.

Then, whilst burning a few CDs yesterday morning, I stumbled into this.

THAT’S IT. Weakness! Y’know how you punch holes on top of a potato before you microwave it, to let out the moisture so the spud doesn’t explode? Well, Pairs stabbed out holes in themselves so that all the ego leaks out. Think also the cracks in a wall, and all that structural damage that makes home inspectors cringe – but you, you can peep through the holes and see what’s hiding in the house.

(That’s the 1994 that Neil Kulkarni remembers – “Not the stuff that gets talking heads spouting clichés. The stuff that hurts. The pains of ego, barricaded in on your own self-piteous spiral, poverty and loneliness and the inability to get used to either. The resignation that’s fake, that’s not yet mature enough to fully reconcile itself to the impossibility of reconciliation.” Pairs don’t resemble Come, mind, but that state of mind is clearly where they dwell.)

Cloud Nothings, on the other hand, is airtight; a little dusty, no doubt, but not a crack to peep in. Dust looks good on a resumé, after all.

But you can talk to Pairs. You’ve probably already met them.

Also, if you wonder why I’m not so impressed with “Pattern Walks”, here’s why.

This Arab Strapping duo hails from China, by the by, on the always stupendous Metal Postcard label. Keep tabs on ’em. (And on Adam McRae too, aka one-man wonder Reykjavictim.)