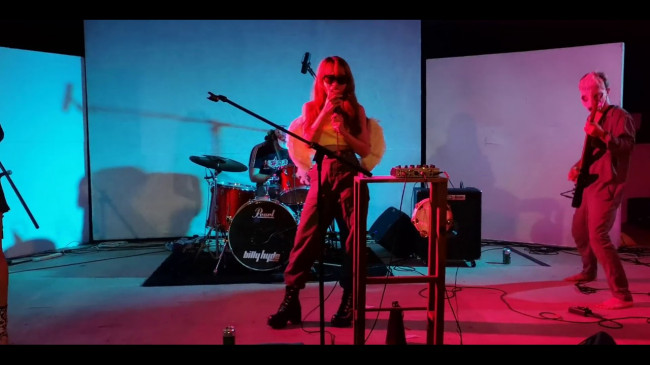 Regrets, I’ve had a few, but then again too few to mention.

One of my biggest regrets as far as the Brisbane music scene goes is that I never got to see Go Violets. I was forever writing their shows in my diary and missing them never mattered until they went in a recording studio to start on their debut album and promptly split up.

Then it was the turn of the Goon Sax. Kept seeing their name on bills, kept seeing Facebook posts about them and how good they were. Was stupidly put off my their name so didn’t see them until at least a year after they first started playing around Brisbane.

Fast forward a few years and one of my current regrets is that is that its 2022 and I still haven’t seen Guppy. Forever in my diary, but so far the stars just haven’t aligned to put me in the same room as the band while they’re playing a show. Personally, as with the write-off that’s been the last couple of years, I mostly blame COVID for this not happening yet.

For the first 25 seconds of ‘lipshitz’ you’d think that we’re into the next generation of Roxy Music inspired bands but as soon as the distorted bass come in followed by the vocals, it becomes whatever the polar opposite of Bryan Ferry is. No guitar, only sax, bass, drums, vocals combining for a slice of brilliant No Wave, a genre that Brisbane always excels in. It’s not a surprise to find out that the band is made up of members of Clever, Cured Pink and Per Purpose, some of Brisbane’s best bands of the last decade.

I’m not 100% sure of Guppy’s upcoming shows, looks like there’s a 3 December show in West End supporting Michael Beach on a bill that also includes McKisko and Cannon. That’s surely got to be the show where I pop my long overdue Guppy cherry.