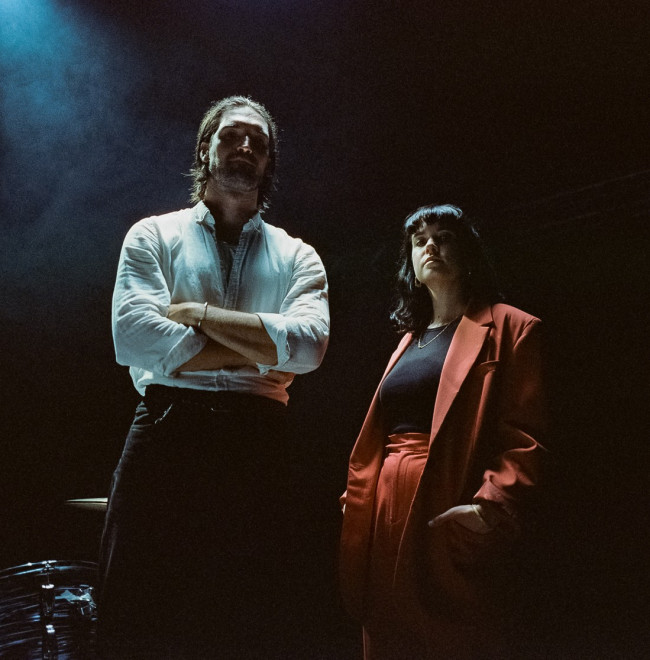 It feels like only yesterday that we were talking to Kirsty from Party Dozen about their then upcoming second album, Pray For Party Dozen, and her experiences through the very first of many COVID lockdowns.  Reading through that interview, I think there’s a sense of naivety on both our parts about COVID and what it would mean. I think we were both still in the novelty stage of it happening, assuming it would be over quickly and we could all get back to normal. A time before we all got worn down by it. More than two years later it’s still hanging over us and doesn’t show any signs of going away anytime soon.

Although gigs are back, 2022 has been the year of not being able to get to many shows for one reason or another. Party Dozen have been in Brisbane three times in support of their latest album, The Real Work, and I’ve managed to miss them all. I missed their headline show at Black Bear Lodge in July, I missed them supporting Tropical Fuck Storm at Triffid in August and I’ve just missed them playing at Grain’s 5th Birthday Festival at Brightside.

This is a song from much earlier in the year, but:

When I was over in London earlier in the year, I saw adverts showing Party Dozen playing at All Points East, on a bill including Nick Cave and the Bad Seeds (plus Spiritualized, The Smile, Michael Kiwanuka, Sleaford Mods, Aldous Harding, Ana Calvi, Kae Tempest and more – a pretty fine line-up, the sort of bill that you’re very unlikely to get in Australia these days).  It did make me wonder if Nick Cave would make a surprise guest appearance early in the day for this song but it looks like he didn’t and they just used samples of his parts. A shame, as it was the perfect set-up for it to happen.