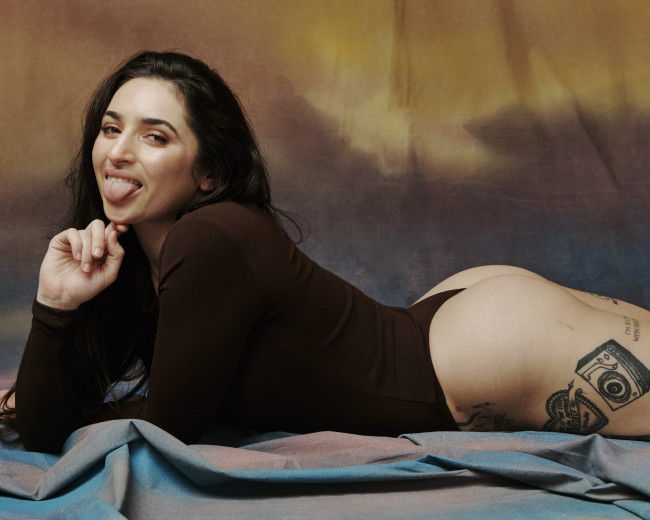 Casting my mind back to those carefree days at the back-end of 2019, I was struggling to decide on my favourite album of the year.  All those end of year lists had been out for weeks/months but all I’d heard was a lot of ok albums and nothing that really stood out.

Then very late in the day, up pops Georgia Maq with the surprise December release of her debut solo album, Pleaser, and out of nowhere I had my favourite album of 2019.

There’s a couple of things I really love about Pleaser.

The first is that almost cheeky, teasing strummed guitar in the album’s opener, ‘Away from Love’, the well-worn cliché you expect when punk singers make solo records, before it’s joined by the drum machine and Maq’s layered vocals, and before anything made from wood is quickly jettisoned for the remaining seven songs.  That soft sounding guitar sets up everything to be totally unexpected.

There’s always so much emphasis in the art world put on being self-taught, that DIY = authenticity, that DIY really means doing it all yourself, as if getting help, getting someone to show you how to improve, is some kind of sign of weakness or makes what you create worth less than if you’d struggled along the way to realise your goals.  It’s all part of the “You gotta suffer for your art” mantra. It’s utter rubbish, of course.

It’s not just music; I always find it weird when photographers advertise themselves as ‘self taught’ as if it’s some badge of honour.  I did developing and printing courses back in the day when darkrooms were where the photographic magic happened.  I probably could have figured out the basics of studio lighting on my own but doing some studio lighting courses and have someone experienced guide me through all the technicalities and techniques was a far better way.  I did a two year photography course, three hours a week at evening classes, that was one of my best ever learning experiences. By the end, it felt like my brain had been completely rewired.

Maq’s latest, ‘Joe Rogan’, follows fast on the heels of Camp Cope’s ‘Blue‘ (another SotD contender if I’d been more organised) and shows she hasn’t lost her touch when it comes to hook-laden earworms in the last couple of years.

As the press releases informs, “I made this song alone in my house. It’s a burn on myself because of my historically bad taste. It’s a song about leaving a bad date because you realised you don’t have to sit around while some guy defends joe rogan and smokes a gatorade bong, it’s about a very… unique experience that isn’t actually that unique – I think it’s relatable.”

Hopefully this is the start of a second album, but with more Camp Cope expected in 2022, it looks like a really busy year from Maq on the musical front.  This follows on from a busy 2021 for her where she’s been working in community health as a nurse vaccinator, helping vaccinate Melbourne out of the pandemic and getting us all back to gigs again.  I don’t think there was ever a ‘Pleaser’ tour but with borders starting to open, hopefully we might get to see these songs performed live sometime soon.

‘Big Embarrassing Heart’ was the standout track from Pleaser.  This version has been on one of the obscene number of tabs that I’ve currently got open in Chrome for Song of the Day consideration.