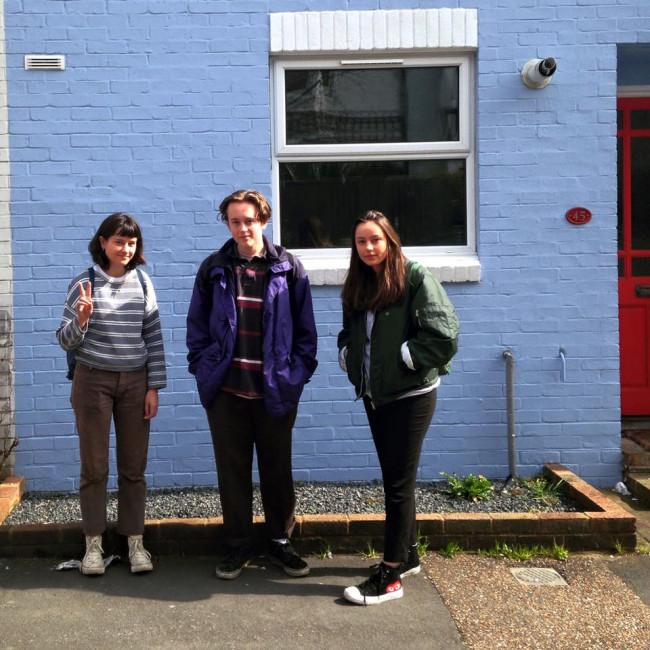 The Orielles might call Halifax (which is as middle England as you can get) their home, but their hearts sound deeply rooted in California. Replace the cobblestone hilltop roads with miles of flat asphalt running alongside the beaches and piers, replace the woolly sheep with dogs wearing sunglasses, replace the nonstop rain and overcast skies with pure, never-ending sunshine and the musical escapism makes more and more sense.

“Jobin” calls out to the Bangles, the Go-Go’s, the Sweater Girls, and Best Coast asking to ride their waves. The soundtrack to pass the time as you are stuck in traffic with the ocean right out your car
window, or to chill out by the fire on the beach after a day of swimming in the surf.