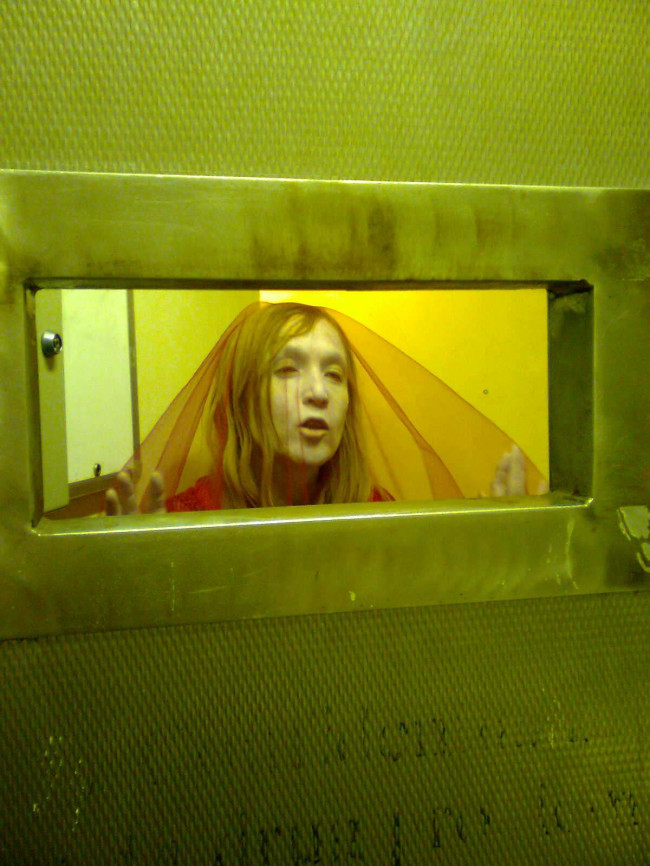 “It’s quite a natural medium for people, radio, I think”

A London singer/songwriter that I adore, Paul Hawkins, wrote this memoir, suggesting that writers of any kind should compose songs and, when possible, perform them to an audience. That way, he argues, instead of waiting around for publishers, the author can receive instant feedback on his or her work. And, you know, actually get out of the house and meet folks (maybe even other writerly folks) rather than merely clamming up in a study over a manuscript. Worked for him, apparently, since just last month Paul rolled out his new book on sinister Santa fables – of course, it helps that he’s been in the game for nearly four years, and wrote wickedly awkward misadventures such as this:

Now, Jude Cowan Montague, also from London, strikes me as another curious writer type. Not nearly so black as dear Paul, nor as unsocial, but definitely curious. Her songs – when they are songs – are very simple, often just ramblings along fret boards and keyboards. But what odd stories they are, and what a rhythmic teller of stories she is, weaving together cats and cannabis, Christmas cheer and Lady Gaga, robots and pyramids.

What’s more, as intriguing as Jude’s stories are, they’re often fact – see, check out her show, ‘World News Vision’, in which the artiste whips up songs from old news stories, leftovers from her day job as a media archivist. This is not a notch in her portfolio. Nor is this a networking tool. Not that those are evil objects – but this is simply the raw act of creation, for the sake of creating.

I wonder sometimes, watching this, how many vibrant art characters there are in the world, spinning light for their own spheres, paying no heed to the game of the music biz, or any biz for that matter, drawing from no muse but their own. A staggering amount, for sure. But how many of ‘em would juxtapose the phrases “macho” and “motherfucker”, “sea horse” and “killer”?

During the middle of a song about Bruce Lee, Jude stops to quiz the audience about – well, who else – What was his last movie? How old was he when he died? Did you know he designed his own tracksuit? Only one person ventures any guesses.

I dig this. A bunch. Because it’s crafty. Because it’s about as DIY as you can get, and almost more of a musical call-to-arms than punk rock. We all have facets of our lives that no one else sings about – so why don’t we do it, instead of rehashing the same ol’ love-and-loss junk?

I absolutely can’t tack any parallels on to this. Keep on keepin’ on, Jude.

(For more of her creations, see her Soundcloud page.)