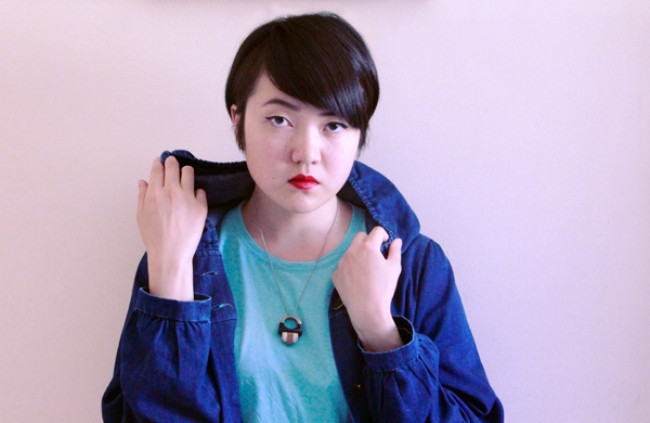 I got sent a Nick Zinner remix of this Sydney-based musician’s latest song, and that’s cool…

…but really I’m just happy it tipped me off to this cover version.

I have a soft spot for both The Cardigans and Rainbow Chan.

Earlier in the evening, the restrained, somewhat clipped beats and one-finger Casio keyboard solos of Rainbow Chan occasionally seem to be at odds with her fulsome, exploratory voice and infectiously enthusiastic dancing. But the result is enchanting. Her set on the dance stage at The Rev is rare good fun: pop and dance experimentation matched to layered found sound and soaring vocals, opening track Skinny Dipping being a fair indication of the mischievous bent of Chan’s lyrics.

This solo, Sydney-based electronica artist has already been compared to Björk – the sadly inevitable fate of any female artist exploring classical grain and pop texture together with dance. Their voices sound nothing alike and the music is more retro-futurist mid-80s rudimentary Pet Shop Boys territory. Aside from an inexplicable lapse into bad taste (a hipster rapper with bad hipster hair leaps on stage and proceeds to mess up his one rap), this is a classy showing from a rightly confident new artist. The disembodied vocals at the start of In A Foreign Tongue (performed with a guest violinist) even recall Laurie Anderson’s minimalist performance piece O Superman – never a bad touch point.
BigSound 2013: Bed Wettin’ Bad Boys, Songs, Rainbow Chan – review

This is kind of what she does.