Song of the day – 658: Charlie Boyer And The Voyeurs 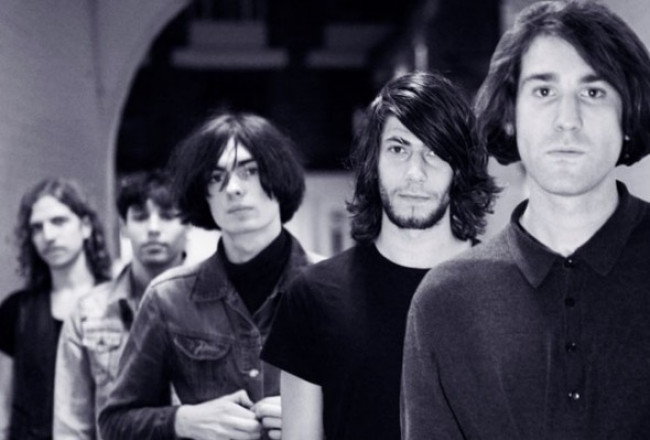 Currently, every time I hear a new song I hear echoes of the past. It isn”t always that way, not by any means. I think I”m just more conscious of it right now.

Everything echoes back to The Velvet Underground.

If you gave me another few minutes I could name the exact song, but… well, why? I know that, if I slap this on an iTunes Song of the Day mix, within minutes I”ll have forgotten the name of the band but every time the song comes up I”ll be like, “Whoa, cool”. And that”s easily enough. Ain”t we all looking for that “Whoa, cool” moment?

I can”t deny I was halfway sold on this before I even clicked on the music. I checked the blurb (and – crucially – it was from a source I trusted).

“Charlie Boyer and The Voyeurs came to our attention supporting TOY earlier this year. Perfectly channelling mid-70s NYC art punk in the back room of a scuzzed up East End pub, Charlie took the sounds of one blank generation and blasted them out to another. Only took a minute before we were sold.” HEAVENLY RECORDINGS, summer 2012

Is that bad? That music can be so neatly categorised? Yeah, I guess. But… well, ain”t that a lot of the point of writing about music (whether it comes from critics or comes from the record label), that it can entice the undecided to have a listen. Aren”t we all waving our little red flags of enticement, the while? This is repetition and noise and art-punk and Lou and bruised velveteen crushes. Dude also sounds like the dude from Supergrass but in these parts that”s a ferocious plus. They got a groove, a sure-gone groove.