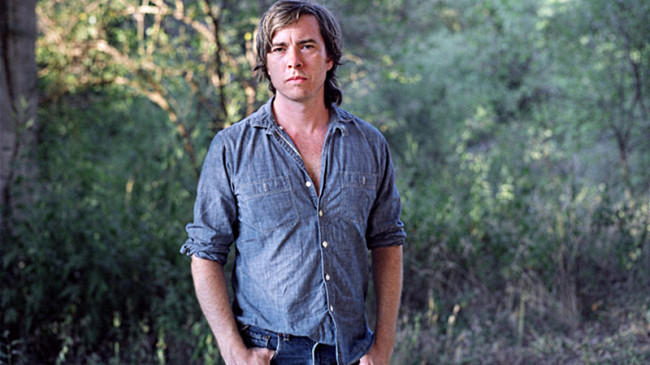 For a while at Melody Maker, I felt untouchable.

As Caitlin Moran recently correctly identified in an GQ interview, it was my habit to make up quotes from bands if I felt the interview wasn’t going well enough. For the one-off Teenage Fanclub 7-inch, ‘The Ballad Of John And Yoko’, I interviewed Norman Blake (a friend) by ‘phone. He was hungover or disinterested, or my questions were so crap or something, but the interview was dire. (I’ve always hated doing ‘phoners.) So instead of reporting his speech in the finished article, I had him recite the train timetable from Glasgow to London. (I don’t think Raymond ever forgave me for that one.) In Nova Scotia, I interviewed up-and-coming Sub Pop powerpop/grunge band Sloan: Chris the singer informed me several times I should make up the quotes. I said, no need. In the event, I lost the tape and resorted to talking about his girlfriend and the band Jade (sp.?), much to everyone’s annoyance.

L7? Hmm. Maybe we shouldn’t talk about L7. I travelled up to Nottingham to interview them with photographer Stephen Sweet in tow, where they were supporting Nirvana. I got so wasted that I and Nirvana managed to convince the ladies that I was just some asshole drunk friend of Nirvana’s, not the journalist at all. (It wasn’t difficult.) The next week, I took the tube to their publicist Anton Brookes’ house to actually talk to them: they were furious and threatened me with all manner of shit if I fucked up again. I was at my most charming, and they melted, even complimenting me on my insightful questions. The following week, I printed an entire pack of lies: the only true quote was about them using shower-heads to masturbate with.

Next time I saw them, Jennifer Finch beat me up.

By the time the start of 1996 rolled around, I really couldn’t give a shit. There was an interview with fiery Welsh pop band 60ft Dolls, co-written by Ben Stud after a mate killed himself, that nearly got Melody Maker investigated by the obscene publications squad. Not one of my proudest moments. My first interview with Palace (with Brett from Slint in tow – that band claimed never to have done an interview. Wrong. I simply lost the tape) elicited one-word responses. Will and Brett were even more laconic than J. Mascis at his most laconic (although once you know him, Will Oldham is a charming conversationalist). I reported it straight. The article was published, despite all this – likewise a Dirty Three interview, which I wrote in the style of Warren Ellis’ stage introductions.

When it came to Smog, though, my long-suffering editor Allan Jones had had way more than enough. “This is fucking rubbish, Everett,” he shouted in a rare show of temper (towards me) after I’d handed in a two-page article that contained precisely NO quotes because Bill Callahan had spoked precisely NO words the entire time he was with me, despite the fact he’d travelled down to Brighton with Laurence Bell to visit me, and spent an enjoyable afternoon on the pier and beach front.

It never made it to print.

Whatever. There’s a new Bill Callahan album out. Bill Callahan is one of those musicians I always forget quite how much I like – see also Ian Svenonius, Scout Niblett – until I chance across their music again. The new album is called Dream River, and he still reminds me of ‘Me And My Arrow’-era Harry Nilsson, and Howe Gelb and 1996. And this, I guess, is to the good. I don’t like the whole album unreservedly – that would be crazy talk – but I do like this one a lot.

It is, if you don’t mind indulging me here, my nod towards classic rock.