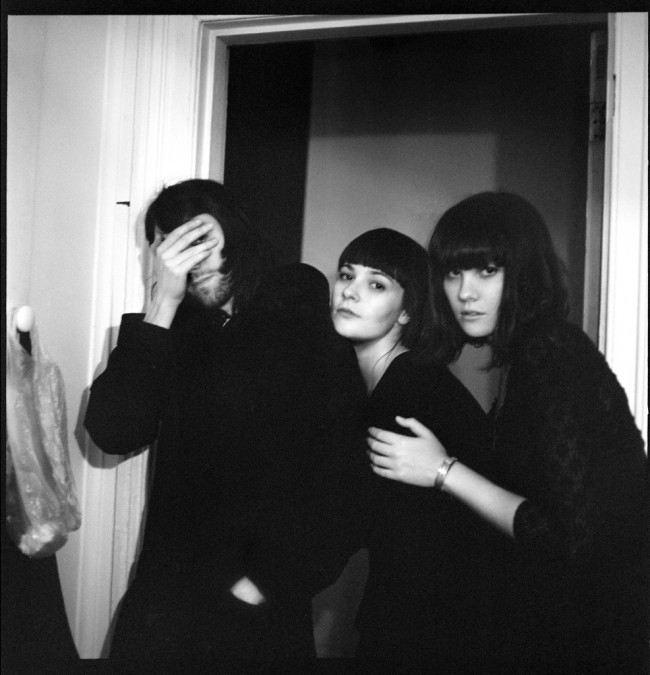 I guess I stray from the London and Melbourne music critic hivemind in one crucial respect. I’ve never thought the review should attempt to describe the music. Not even back when I worked for print publications… and this is the Internet, for Bangs’ sake. Now why, why would anyone want to do that?

Here. Here’s the music. Now why, why would you want a description of that?

It’s mesmeric, sure. It doesn’t know when to stop, and resonates with the same stoned, drowsy resonance as half the floor of the Esplanade in 2000. (Man, I wish I had some tired drunken nights to fall back upon, and excuse my lack of wit.) It reminds me of the clatter and smart din of early 80s prog rock/electronica/post-punk pioneers (sounded way better than it reads), This Heat – without all the shouting and the skinheads waving knives in your faces. At one point, it stops and then realises its mistake. Oh no, wait. That’s another track. At one point it stops, and you feel mercilessly sad the same way you felt mercilessly sad stuck at Flinders St with no train remaining.

It pulsates with the same intrigue and energy as the seventh chapter of the third Mary Poppins book.

“But why is she here?” demanded Jane, as she watched that shape coming down the clearing. “Mary Poppins is not a fairy-tale.”

“She’s even better!” said Alfred loyally. “She’s a fairy-tale come true. Besides,” he rumbled, “she’s the Guest of the Evening! It was she who left the books open.”

Bushwalking contain members of Kes, Fabulous Diamonds and Songs. (Yes, follow those links! It won’t give you a real clue. Follow those links! And then laugh and go play this, instead.) I’m not sure how much those names mean to me currently, listening to this oblique beauty. My tip-off was one-word long. Bushwalking. I typed the word into my phone, and two days ago Isaac actually turned the music down on Plants Versus Zombies to continue listening to No Enter, this – what, Sydney and Melbourne trio’s second album. In most of the places that matter, it sounds better to these ears than many of its influences (Panel Of Judges, Beaches… um… that Australian sector; Medieval Babes) but there again these ears have never found it particularly easy to listen to more than one album at once, unless it’s easy male listening shit like The Clash or summat. Once again, I’m lost, lost in music. Caught in a trap. No turnin’ back.

They rhyme a whole bunch of words with “low” in ‘High Hogs’, which is brief and brutal and sweet.

They do, you know.

Apparently, their lyrics are amusing in a good way but fuck man. Apparently, they have “folksy” leanings. Apparently, they can be “meditative” and “droning” (and presumably the rest of all that accompanying jazz). I wouldn’t know about that. I never listen to that shit. All I want to know is DOES IT PASS THE ELECTRELANE TEST.

I mean, this is Athens, Georgia good.

The quote for the quote junkies runs thus:

Everett True invokes the carnal spirit of the Mary Poppins books in a somewhat cackhanded attempt to explain his fascination for the new Bushwalking album.

P.S. Oh, for Bangs’ sake, I’ve just realised I quoted Mary Poppins when I most recently talked about Songs. Christ, I ain’t nothing but consistent. Doesn’t lessen anyone’s value, only increases it, likely.