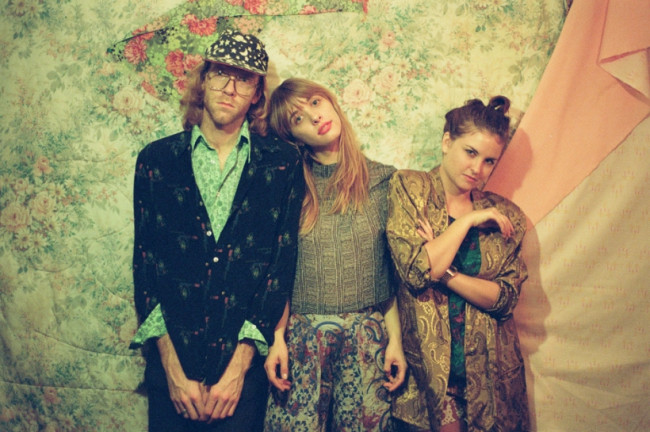 Collapse Board. We are but an adjunct of Riot Art Media. No. Don’t fear for our immortal soul or our… (shudder)… integrity. For this is how it’s always worked, certainly back in the 80s and 90s.

Music critics would build up a reputation partly based around their circle of contacts. (You’re only as vital as the people you know, to paraphrase some dick or other.) Some press agents were more trusted than others, the same way some friends would be. At Melody Maker, in and around 1993, Charlie Inskip – and it’s a mark of my regard for the man, that I can recall his name but not that of his company (Real Time, I believe) – used to jokingly (and slightly disparagingly) refer to himself as Everett True’s Travel Agent. This was because, whenever I fancied a trip abroad, he would be one of my first ports of call. “Hey Charlie,” I’d say, not a trace of shame. “Where can you fly me this week?” This was payola, sure – but it’s not as bad as it sounds. I knew Charlie’s roster (much of which was centred around Sub Pop-style bands, or Matador, or Mammoth, etc). He knew my tastes. He would not be recommending a band I didn’t like – or if he did, he’d expect short shrift.

As Tim Jonze (the music editor of The Guardian) put it with regards to that horrendously colonial Mumford & Sons video ‘The Cave’:

To be fair, if I was in a band and I got the chance to shoot a video, driving around foreign countries on mopeds would be high up on my to-do list.

I would have written about them anyway. Why not throw in a free trip abroad? Made for a more entertaining story all round, as well.

So. Collapse Board. We are but an adjunct of Riot Art Media. I’m joking, of course. I hope I am. But there’s an element of truth in it. (Before I go any further, I would like to rush to point out I’m only referring to my own writing in this series. I would rather snort potted glass created from the remains of a thousand Swervedriver acetates before being held accountable for anything Scott Creney writes, for example.) Before I’d even teed up my iTunes to play the début album from Austin psych rock band Mirror Travel – it’s called Mexico and I don’t know why: maybe it’s something about the appeal of cheap liquor and anyone who isn’t American – I’d teed up Collapse Board to feature one of their songs as my new Song of the Day. I’m just trying to offer you transparency here. I mean, duh. I’d have removed the post immediately if the first 15 seconds (that’s normally how long it takes) weren’t to my liking. Actually the first 2.39 minutes weren’t to my liking (the first song, ‘Sands’ – risible second-rate shoegazing drivel… uh, not that shoegazing isn’t, by very definition, second-rate). But this is. With the bass turned up so full everything on my cheap IKEA desk starts vibrating dangerously, this is:

Actually, this also is to my liking:

Back to Mirror Travel. A song called ‘Pinholes’ (a swirling maelstrom of heat and bad intentions) and a song called ‘I Want You To Know’ (a garage churner) are actually my favourites but I can’t find them online. Go search out the band for yourselves. Have a listen. Somewhere. The album is a fraction hit-and-miss, admittedly. For every lacklustre ‘Parties’, there’s a shit-solid party rocker (‘Stoner’). You’ll be thinking to yourself that, sure, cranky-pants Everett True only likes them because they sound somewhat similar to this:

Bangs fuck. Hookworms! Such intensity of expression. Such lucidity of graceful madness. Such a relentless, loving way around a groove. The song builds, and it builds. And it builds. My minor complaint here is not that the song lasts for just under nine minutes… it’s that it doesn’t last for just under 90 minutes, just under 900 minutes. Bangs wept! Have we ever experienced such incredible pounding righteousness within music before 2013? (Song of the day – 611: Hookworms)

And somewhat similar to this:

Listen to it. Go on have a listen. Righteous. It’s like the ghosts of Spacemen 3 only not. It’s like The Black Angels, only even more so. It’s claustrophobic and compelling and repetitive and hypnotic and a solid gone blast. Fuzz-drenched. Circular. Mesmeric. Compelling. Have I said that already? You could listen to this chainsaw-good music for hours on end, hook it up through your veins, and it still wouldn’t be enough. (Song of the day – 610: Thee Open Sex)

…and that’s why Riot Act Media sent them winging his way in the first place. They were aware of the fact. It ain’t fucking rocket science.

No, it ain’t fucking rocket science. It’s just that I too believe in the myth of the elevators that don’t exist.