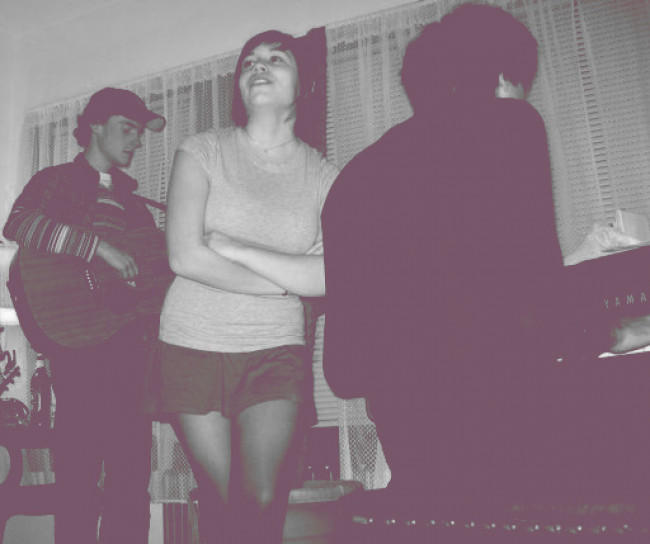 Secret Beach sound like they might be the only people in the world, aside from me, who’ve had The Diskettes* record a 4-track set in their living room.

I realise, such being the nature of these things, this recommendation if I trail it on Facebook in LARGE RED LETTERS will not exactly stop BuzzFeed in its vulture flight. Plus, Secret Beach sound like they got rapidly bored of hosting The Diskettes and sped up the recordings, 10 seconds in. It’s like Shop Assistants, playing fast and mobile and shyly wired because they can’t wait to get out of the room. Don’t pause for breath, or someone might notice you. They say, twee pop. They say, twee punk. They say, twee. They say, New York. And it seems that in every respect they’re correct. The ice cream van as ordered for Jonathan Richman’s street failed to stop cos someone might have asked some questions. There might well be a xylophone in there – and Rule Number One (the inviolate rule) states that Every Band With A Xylophone Is Worth Listening To because they might turn out to be Sky Needle or The Lovely Eggs, and at the very least they will not turn out to be Bloc Party.

What would you rather listen to? Something that might turn out to be Sparks or The School or something that’s undeniably Pearl Jam?

*The Diskettes were lovely: a mostly a cappella Canadian band that occupied the mid-point between Beat Happening (first album) and The Penguins (‘Earth Angel’) with beautiful (even more beautiful than The Research) female harmonies.