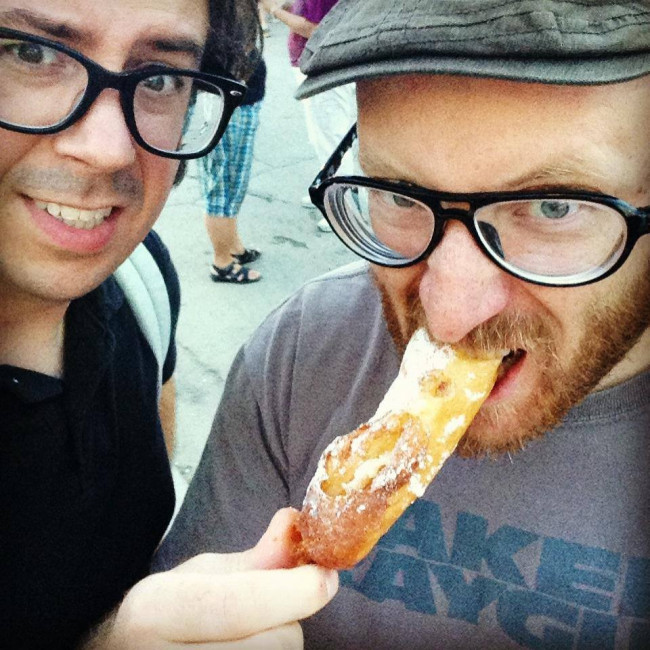 I have my man Conan to thank for this one. He said, “the best album of 2013 is by a little band from South Bend, Indiana” . I’m not sure I would entirely agree with that.

…and I’m not quite sure what he’s referring to when he says “little”, but I’m nitpicking. This is some damn fine music right here. Throaty vocals and BIG choruses. Choruses as big as Liverpool.

I prefer them with the female vocal added, bouncing up and down amid the giant fluorescent flowers and garden sheds at Pete’s Place, not least cos the full-on passion and softened introspection reminds me some of my Rhode Island sweethearts Scarce. This means the music lies in a territory I wouldn’t normally venture into, least not without a big bashing stick to keep the R.E.M. fans away and a small bag of small choco-treats to placate those growly plastic cowboy Elliott Smith worshipers. That’s OK. It’s good to step outside your comfort zone occasionally. Bangs fuck, but I feel all patriarchal all of a sudden. A place where every friend has coffee breath, and the one that doesn’t isn’t. The Rutabega have a song called ‘I Don’t Believe In Crocodiles’ which I’d like to think is at least partway influenced by (genius children’s book) The Gruffalo’s Child, and they doubtless indeed hail from South Bend, Indiana as Conan suggests.

You. You over there will not like this, so don’t even try.