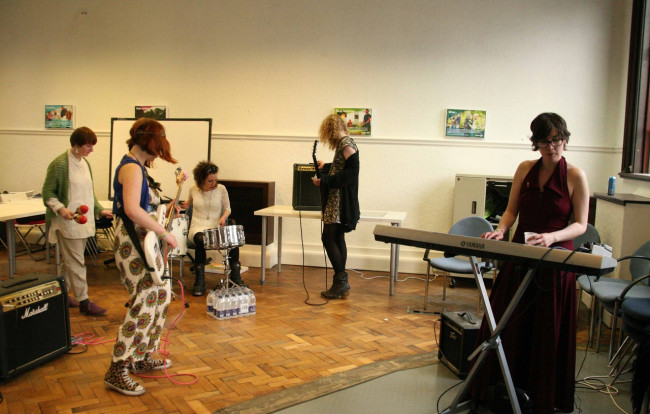 I have no idea what this is. Who this is. Why this is. All I know is I woke up this morning and someone had pasted this on my Facebook wall. For some reason, they thought of me when they heard this. Yes, yes. I can hear that. It’s like Cosmopolitans and Leopards and Ill Ease and Valerie all rolled into one. (I would apologise for making these references way obscure, but … uh… the music we’re discussing here is even more obscure.) A well-educated female intones eloquently the advantages of having a larger breast size over a (Farfisa?) keyboard that easily passes the Electrelane test. And that’s about it, except to mention the ebbs and swells, the latent repetition, and the hilariously deadpan delivery. When Alan McGee sent a white label – one of only three made – of the first Creation Records single CRE001 to John Peel in 1983, he played the first song once, the second song twice, and compared it to the cult song of the day, …And The Native Hipsters’ ‘There Goes Concorde’. Bangs alive, but we were excited! So Alan sent him the finished copy and we never heard from Peelie again. And that was the end of The Legend!’s fledgling foray into cult acceptance. Anyway, this song by Ill… This song by Ill reminds me of this, all of a sudden.

I don’t know much about what I like but I know about art.