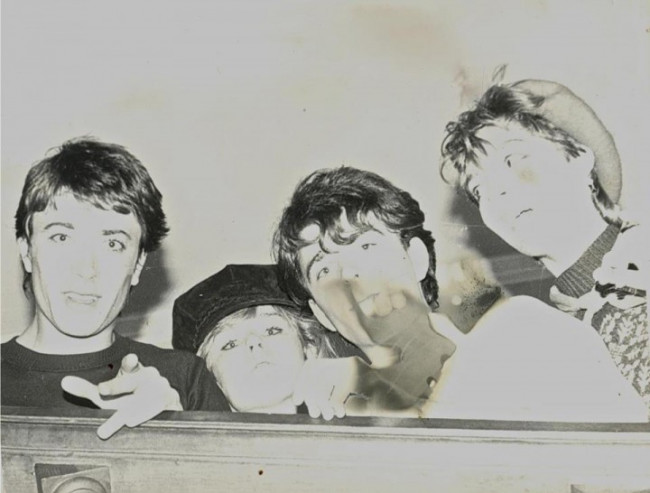 It’s long overdue I wrote another of these.

The only question you need to hold in your head today is “Does it pass the Scrabble test“? Why yes. Yes, I believe it does. Scratchy and human. Scratchy, melodic, human and wired. Scratchy, melodic, human, wired, insistent, vaguely sinister, warming and full of strange scurrying creatures scuttling out of sight. Not fully formed (and all the better for it). Male-female. Early 80s. So great it’s kinda bogus that it never got namechecked on a Soundgarden album but there again it’s kinda bogus Twelve Cubic Feet never got checked on a Smashing Pumpkins album either. Everything to its place, but this music IMMEDIATELY comforts and reassures me.

Bona Dish were a scratchy pop punk group from Hertfordshire villages, brought together by their love of the Velvets, Supremes and each other. They were cool, handsome and gorgeous. The songs are simple but at the same time complex. The two girls, two boy’s line-up added a tension that was both sexual and musically fragile. You felt it might all fall apart any second but it rarely did.

As Scott Creney put it:

An album so good it makes me think happy thoughts about Captured Tracks.

The pull quote for the aging bovver boys runs: