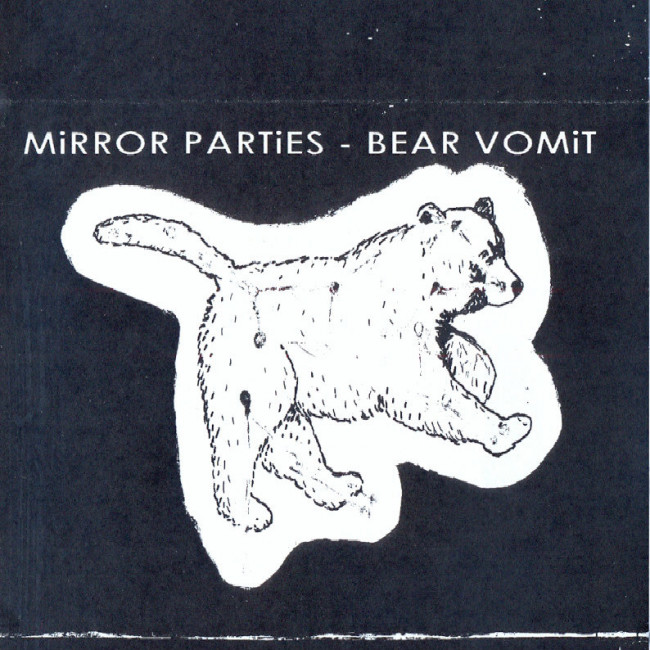 And still the bands come tumbling into my view, laconic and off-key, smart vocals matched by smart guitars and a genial feeling that not everything is quite how it seems.

“See them come/Swaggering into town/Quick quips two a penny/It’s the arrogant bastards”- The Legend!, ‘Arrogant Bastards’, 1984

In this great game of smoke and cowards, everything reminds me of something else, and today it’s the turn of The Wolfhounds, a deadpan-smart sardonic band from Romford, Essex to be dragged mewling into the light, there to blink a few precarious times in the faded spotlight as everyone admires the cut of their jib, the thrust of their fret-boards. The emotional pull of the music. The lanky heckling.

But we’re not here to talk about old lovers, much as it’s nice to bask in the afterglow. We’re here to talk about potential suitors, court the would-be courtiers. Today’s it’s the turn of Mirror Parties, a band from… OK. Let’s play the “hazard a guess” game again. I’m guessing Lancashire (U.K.) and a four-piece, perhaps five, mid-twenties, white boys, possibly bearded (only because everyone is these days), not particularly natty dressers but not particularly dowdy either. At least one member – the main guitarist probably – wears glasses. Definitely ex- or current students, studying the creative industries or even music. *If* they play out live at all, they play pubs and uni bars, ignored by most everyone because they ain’t sounding like Vampire Weekend and don’t do the whole Bad Seeds cover routine. Release their music via cassette tape most likely, cos they’re clearly into artefact and documentation. Deserve more kudos than they get, but… doesn’t everyone? The nattily-titled ‘Bear Vomit’ will probably remain their greatest moment… but Bangs fuck a goat, it’s such a moment! Like something from Birmingham in 1982, and that ain’t no insult for sure. The guitars are so human and chiding you expect them to start berating you for your lack of wordplay any second. Could be equally at home on K Records, Domino Records or EMI but will probably end up trampled on the floor. Fuck it. There’s a special space in my heart for them from now on in.