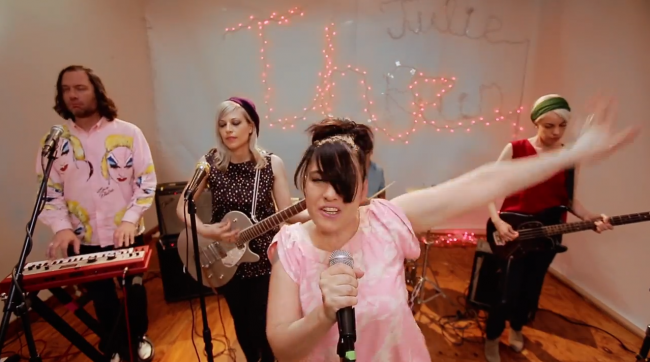 The main vocal is great on this song, but it’s the laconic harmonies that make it. The use of silence. The clipped guitar solos.

It’s a fist pumper of an anthem, a lip pouter. It’s as meaningless and filled with meaning as, “Wave your arms in the air/Wave them like you just don’t care”. The difference is in the detail. Fierce and dorky but militantly joyful. (No, not dorky that way, you dullard.) Female empowered. Fierce staccato stutter. Fierce and human and fun and… fuck this, I’m going outside to jump around. You could play this 20 times straight and still end up massively smiling.

Everyone is having a good time.