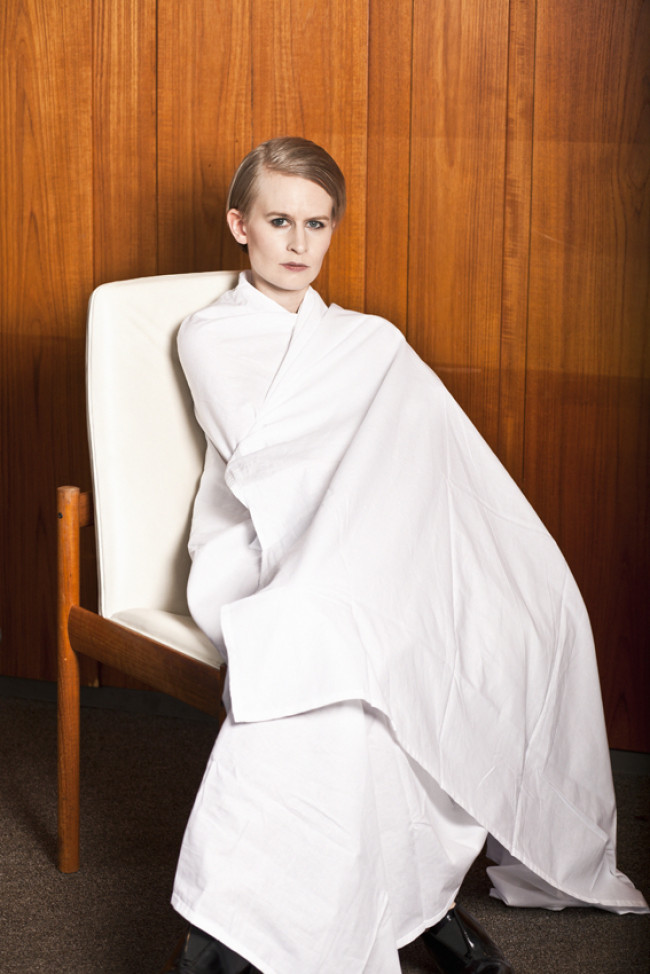 I have Dayna Evans to thank for turning me on to this, just about the sexiest video I’ve seen in years. Of course I’m aware that a statement like that reveals more about me than the video itself.

They say: “An intimate, sensory look at the female body, with shaving, smushing, jostling, and more.”

I’m sure you’ll have spotted a similar off-hand diffidence on the part of the female protagonist in each one.

I don’t know if anyone notices, but I usually shy away from saying whether or not I find something erotic or attractive. There are plenty of reasons for this – my repressed English upbringing, for one; the fact that too many of my peers have reduced criticism of female-led music to a random objectifying of the body, for two  – but I do sometimes wonder whether it’s right or not I should do this. I sometimes feel that the worst insult I can pay anyone is to divorce them from their sexuality. And surely, there’s a way to discuss disembodied sexual attraction without devolving into droolsville Arizona or mindless lust. (Not that there’s anything wrong with, uh, mindless lust. Nothing at all.) And it should be possible to do it without denigrating the music: for example, this music here, which is so intriguing and divergent, and rooted in age-old tropes (particularly early Sugarcubes and Yoko Ono, the way the singers bend their voices into new shapes and forms).

But I guess right now I’m not fixated on the music (fine as it undoubtedly is) but the video.

I dunno man. How personal do you want to go? How much detail can you stomach? Do you need me to go into explanations as to which parts I find arousing, and why? When does this cease being criticism and start being confessional? (Maybe I should have asked myself that a long time ago.) The expression on her face while she’s running… the close-ups of her shaving… the moments of self-absorption (I’m wondering right now if I’d find it so erotic without the music: I can’t answer that because I’ve heard the music)… the way it should feel voyeuristic but doesn’t because the details are so generously shared… the reclaiming of personal space through dance and movement… the running of the tap… the closed eyes… the stretching of skin. All of this is taken in conjunction with the music. Of course nothing is explicit. Or is it? I can’t work that one out. The video pulsates with dissonance. Innocence is indeed kinky.

If the above description somehow serves to lessen or demystify Hval’s music, I apologise. That is not my intention. Without the video, the music would be far easier to explain.

Here’s what Dayna has to say, the reason I listened in initially:

Similar to my Co La infatuation, my relationship with Jenny Hval began through her stirring video for ‘Innocence Is Kinky’, and barely ended there. The guitar is so sexy in the way it gives and then takes away, and Hval’s soft but pressed-tight vocals are one part Bjork and one part bedtime stories. Whispering gently “I’m free”, Hval manages to make even that proclamation feel vaguely threatening and circumspect — what is she free from? Any time I hear something that feels fresh or challenging to me, I take note. With Hval’s attempts at being simultaneously in our faces and gentle, matronly, the subversion feels sexier and grander still.

It’s a funny thing, honesty. When it’s not asked for, should you give it?