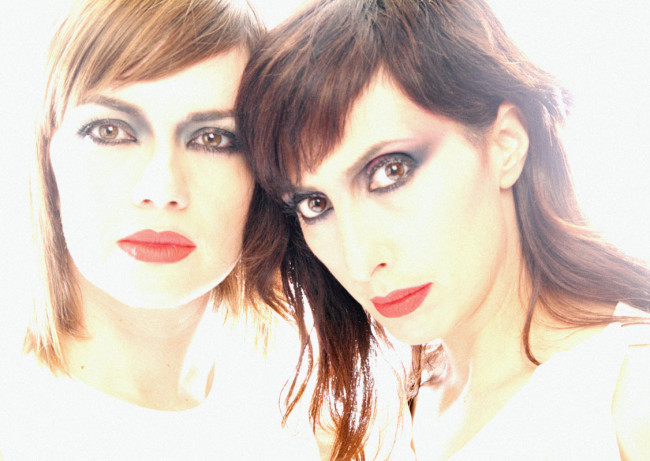 In its purest form, today’s entry represents much of what I wanted this series to stand for.

I hear a song, often via a random connection on Facebook (I’m bored, I’m tired, I’m casually flicking through my Facebook feed in search of something of interest), like it momentarily and, by placing it here, acknowledge its presence and the brief emotional connection made. Often, I’m like, “Will this sound good on my 383 early evening mix-tape?” (Tapes, of course, being a figure.) I care nothing for who the band or musician is, what they look like, who they hang with, which brand of coffee they prefer and whether they fuck marmosets, if the weather was inclement when they were recording, if they suffer from suicidal passion or retro-futurist nostalgia, which country they’re from, how many they number or the context that many people will encounter them within, just…

“Will this sound good on a mix-tape?”

My lack of knowledge of early 21st Century pop music sometimes shocks me (those moments when I figure such notions to still hold value). A 10-second trawl through Google Search and thus onto Wikipedia reveals that Marsheaux are not only Greek, but a duo, and have released no less than five albums including a compilation, all of which have somehow passed me by. And that no less an authority than Andy McCluskey has said,

“I do have a soft spot for Marsheaux I have to say. They have a certain sort of wispy, melancholic charm.”

…which as praise goes lies somewhere between damning and so faint as to be inaudible, but you can imagine it was probably taken from an answer to a direct question by a Greek journalist and that for McCluskey (who? Oh, do keep up) this is probably the height of ecstasies of passion in 2000 and whenever. Whatever. The band, or close fan of same, considered it significant enough to lead off their Wikipedia page and who am I to deny the experts?

This is a really lovely sweet song. (Damn! Damned again.) There again, I’m speaking as someone whose first free single was ‘Dreaming Of Me’ by Depeche Mode.

Whatever. This will sound good on my next mix-tape.

This could, I suspect, be called synth-pop without much fear of contradiction.