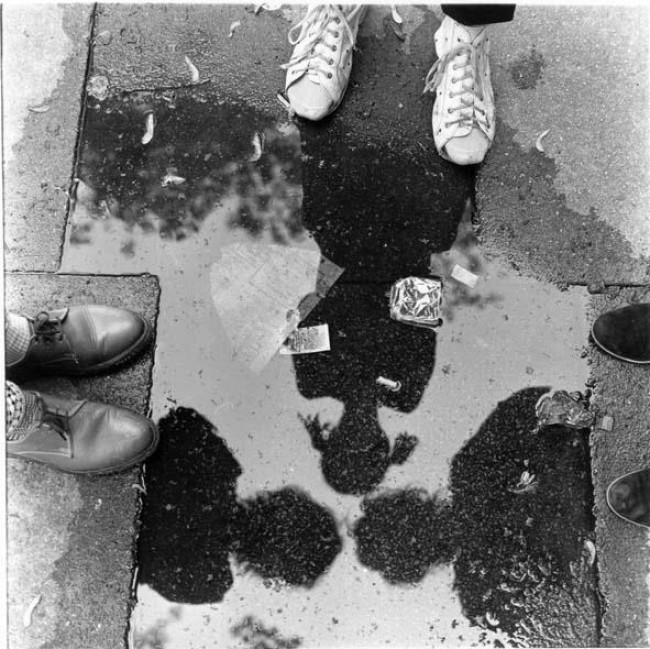 Well, it’s only because their first two albums, and the memory of them playing live, remain so precious to me. I don’t want to dispel the magic. Maybe one day I might feel up to it, able to conjure with those most precious of substances: the intimate, the personal, the stored memory.

Back in the day when I cared passionately about such things (shortly after I moved to Deptford in South-East London), The Raincoats were ABSOLUTELY my favourite band. One of the sweetest compliments I’ve ever received in my ‘career’ as a music critic was when Ana de Silva contacted me via MySpace a couple of years ago to thank me for “making so much good music better known”. (I’ve never known any of The Raincoats personally, beyond meeting Gina a couple of times in the 90s.) That remains so special to me. It was one of those extremely rare moments when I felt like what I’ve been doing all these years hasn’t been a total waste of space.

While writing about Viv Albertine yesterday, I discovered this recent Raincoats performance and couldn’t pass up the opportunity to feature it here.

Song of the day, literally.

Damn, this is so glorious. Really really glorious.

Worth reprinting what Kurt said about them, I think. Especially as I was the original editor on these words, and some of the phrasing could well be mine.

“I don’t know anything about The Raincoats except that they recorded some music that has affected me so much that whenever I hear it I’m reminded of a particular time when I was (shall we say) extremely unhappy, lonely and bored. If it weren’t for the luxury of putting on that scratchy copy of The Raincoats’ first record, I would have had very few moments of peace. I suppose I could have researched a bit of history about the band but I feel it’s more important to delineate the way I feel and how they sound.

“When I listen to The Raincoats I feel as if I’m a stowaway in an attic, violating and in the dark. Rather than listening to them I feel like I’m listening in on them. We’re together in the same old house and I have to be completely still or they will hear me spying from above and, if I get caught – everything will be ruined because it’s their thing. They’re playing their music for themselves. It’s not as sacred as wire-tapping a buddhist monk’s telephone or something because if The Raincoats did catch me, they would probably just ask me if I wanted some tea. I would comply, then they would finish playing their songs and I would say thank you very much for making me feel good.”
Kurt Cobain, June 1993

One Response to Song of the day – 243: The Raincoats