Some Songs from Last Year: Slow Reader gets There in The End – Part 1 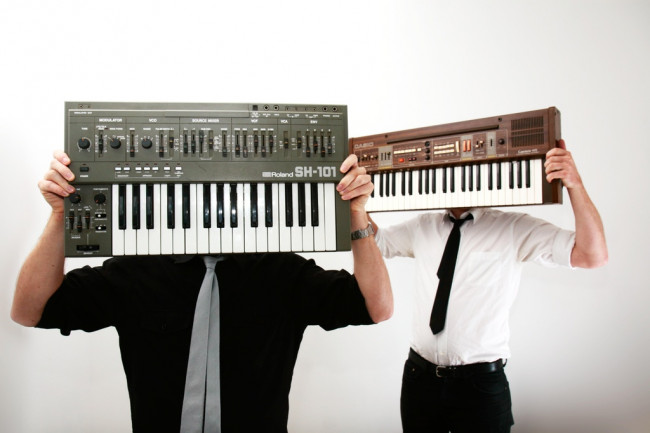 I seem to have been tongue-tied for the last half of last year; I couldn’t find the words. So I’ve only just got round to writing about these beauties from 2013, some of the fifty or so tracks I’d collected and had intended to prune into a Best Of…

I’m not going to write about songs that’ve been covered elsewhere on this site, but trust me that I am still crushing hard on Batches & Cookies, Bow Down Bitches, Get Lucky, GMF, Tennis Court, That’s Alright, Are You Mine, Cheer Up, Husbands, as well as entire albums of fabulous by Everything Everything, Cocorosie, Hookworms and New Sound of Numbers, among others.

Here, instead, are some things you might have missed.

I’ve seen AK/DK many times and with many different crowds over the last couple of years – at sunburnt festivals in a joyful crush of wreckheads; at beard-stroking experimentalist all-dayers amid the gong-bashers; backing Damo Suzuki with the minimum of preparation and still grinning wildly after over an hour of motorik mayhem; with electropop kids and indieschmindies and people who hardly really like going to see music at all – and it turns out that everyone, but EVERYONE, loves an AK/DK gig. The sound Ed and Graham make out of two drumkits, a bank each of keyboards and a whole heap of enthusiasm is totally irresistible. They make me happy. So here’s Battersea, a great gleeful, syncopated bag of bouncy daftness.

In the year when Get Lucky would regularly get played twice in one DJ set and still guarantee to get people up and dancing if it were chucked on the decks a third time, it’s worth remembering there were other players in the maddeningly catchy bassline funk department. Gramme, once hugely influential on the likes of Hot Chip, have reappeared after a decade of silence, support slots with Chic and all, and are ringing clear and deft and groovy. This song should really have thumping through open car windows or getting heels clattering on Saturday night pub tables the world over.

I’ve played the album (The Fall and Rise Of Crayola Lectern) from which this extraordinary, beautiful, mournful song comes countless times this last year. I’ve gone to change the CD in my player as it’s finished and, hand hovering over the button, left it in to play round again. And again. No better proof of good pudding than that. You could – and every review does – throw in references to Robert Wyatt, Kevin Ayers and William Drake, and you’d be hitting that particular English pastoral melodic melancholia nail right on the head. This particular track, ‘Slow Down’, is a gentle but grim plea to a high-flying friend to slow the fuck down, to stop chasing the rock’n’roll dream that leaves casualties strewn in its leather-kecked wake (“you can’t see the little children behind the parked cars that you pass“); it’s a gentle but heartbroken promise not to tolerate any more of that shit. Chris Anderson, the man behind Crayola Lectern, may reside in somnolent Worthing but given the list of friends and collaborators he’s worked with over the years, I can imagine he knows whereof he speaks.

(The instrumental Trip in D is a gorgeous, psychy thing: you really ought to listen to that as well).

The very young and very talented Harleighblu sings like she could take on anyone, anything. Phrases purr and curl from her lips, perfectly poised over the juddery clatter and skit of percussion and keys. It’s a great track, one of those songs you hear through half an ear then come back to cos it’s snagging at your feet, too fabulous in its (literal) offbeat charm to be forgotten.

There’s not a lot to say about this. It’s Prefab Sprout; they know what they’re doing. They know exactly what the fuck they’re doing. It is, as a friend said, possibly the best pop song about trumpets ever. It might be the best song about Billy ever, and there’re a few contenders for that. It has whatever the hell ingredients are necessary to make your heart burst with brightness, to prod the pressure points of longing, joy and the pangs of inevitable loss that being in love entails. If anyone ever asked you to untangle the inarticulable popness of Pop from the rockness of Rock, you’d just point at ‘Billy’ and say THAT.

Spare and lithe, this is little more than a flat bashed-out beat, a squelch or two and a sassy vocal line. But it’s quite dextrous and inventive enough, even at barely over two minutes and with more of a mantra than a lyric, to swagger its way into your heart.
“I’m not dancing, I’m fighting
I’m not shining, I’m burning”